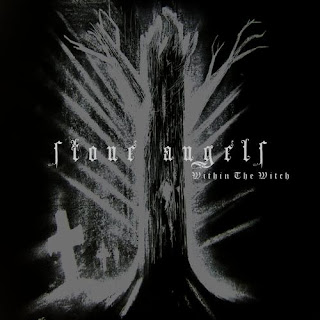 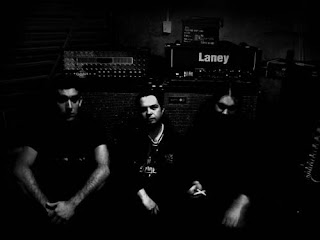 In all honesty, the name Stone Angels was one that I considered naming my own project, then I saw that this band had already taken it so I guess I credit these guys to helping me find another one. Granted, they obviously play a completely different style than me, I found myself interested then not with them over the course of the year. This is me finally giving in and being interested.
I somehow doubt that if you come looking for doom and sludge in this record, you'll be disappointed. These guys tackle a bit of everything that's slow, heavy, and sad with this release. You'll hear your typical doom/sludge stuff with the title-track, Within The Witch, but you also have some bouts with funeral doom on White Light, White Noise and more blues oriented stylings on Withdrawing The Jinn, all of this, including various other takes on the genres, leads to a diverse piece of work here. Probably my main complaint about this was that I found it a bit odd that the vocals were pretty low in the mix, with the guitars and drums nearly overshadowing them. Having said that, vocals aren't used all that often in these songs, with about half of them making use of none at all, so it's a pretty ignorable trait if you don't mind that. I also found the use of noises and ambiance in the background during Grave was really cool and really brought a new kind of atmosphere to the track.
In the end it's a pretty solid debut release that shows a lot of diversity and a willingness to explore various sounds, which is plus in my opinion. It's definitely a fun little release that is well worth looking into in my opinion. Definitely check it out if you have an interest in things of the slow persuasion within the metal genre.
Overall Score: 7.5
Highlights: Within The Witch, Bleeding Black, Coffin Cross
Posted by maskofgojira at 7:30 AM