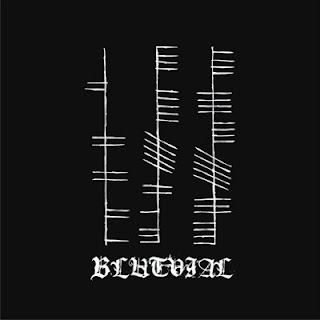 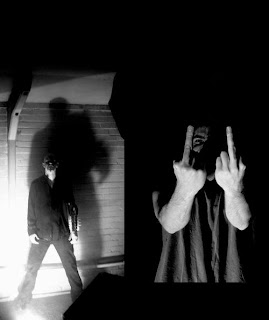 Here is yet another release that I was unaware was coming out, but was obviously gonna cover it. Aort is a guy who's been in a lot of bands that I enjoy quite a bit, so I was obviously going to get to this record eventually. Seeing as I don't think I ever listened to the band's first album, I had to do my homework for this one.
If there was ever a way to grab my attention to start off a black metal record it would be the opening thirty seconds of At The Stones We Gather. It's just explodes with blast-beats, tremolo picking, and is nearly impossible to really make a single thing out, but it's great. The track then precedes to go into full-on blackened thrash, great. After that, the record does not stop, it just keeps pumping out intense black metal songs, of various sub-genres, and repeatedly hammering away at you. In these eight songs you get black metal that goes anywhere from it's more traditional form to blackened thrash, post/progressive influenced riffing, and the occasional sludge metal and industrial influence popping up as well.
You know I have to say it's about time I heard a black metal record with riffs on it. I haven't heard one of these for a couple of months and this thing really does the trick. There isn't a song on here that doesn't have a riff worth remembering on it. Whether it be the black-thrash of the opening track, as mentioned above, the doom closing to Conspiracy of Optimism, or the more mid-tempo sludge of Tirade Against Oversocialisation, it's all done with skill, precision, and care. I was actually surprised that this sort of record managed to accomplish what I many, and what I mean is nearly all, more straightforward black metal records never do, take you on a journey. There were moments on here, the longer tracks, that really felt like you were hearing more than a band just playing.
Excellently crafted and performed with the skill that has come to be expected from Aort. This is a record that will have just as much appeal to the kvlt kids as much as to the guys who are into more experimental black metal groups. Definitely check this up if you like black metal that experiments just enough to not be standard.
Overall Score: 8
Highlights: The Immutable Hammer, Three Curses, A Light In The Forest
Posted by maskofgojira at 8:37 AM