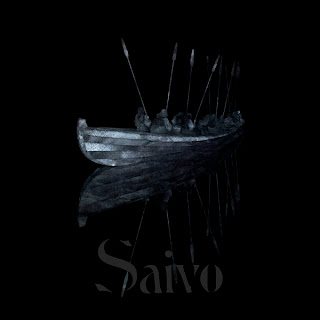 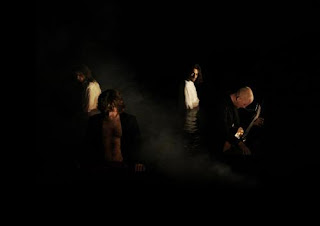 I'll admit that I've only become a fan of the various sub-genres of folk music within the last several months, but Tenhi was probably the only band I listened to before looking into the genre that I could say I was a fan of beforehand. Around the same time I found Agalloch, several years ago, I found Tenhi. I will acknowledge Tenhi as the first folk group that I ever became a fan of.
It's curious because Tenhi are a very respected group within the neo-folk, whatever folk genres, and I think it's because they have been willing to experiment with other styles beyond just their folk roots. Their embrace of post-rock, neo-classical music, dark ambient, and to an extent even a bit of jazz as well. It's their experimental nature, along with their hazy and huge dark atmosphere, that has made me a fan of the band for so long. It's very rare that I have found a Tenhi album that I haven't just fallen in love with for it's atmosphere alone, and this one is no exception. Tenhi has never embraced the big and uplifting melodies within their sound, instead remaining largely somber and melancholic throughout each of their releases, something I admire deeply and have the utmost respect for.
But onto the sound of this record. While the sound that Tenhi has established for themselves hasn't changed too much over the course of their four previous full-length albums, it's important to note the level of consistency in their work as well as the attention to detail and atmosphere. I do find this record to be a darker one than 2006's "Airut: Aamujen" was, which I hope will only make more people check the band out because it is a darker release. Previous albums have experimented with different production styles as much as sonic experiments, and in my mind, this is the biggest sounding I can remember hearing the band. I found the piano and guitar harmonies syncopation on here to be very high caliber in their execution as well, hear the closing moments of Haaksi for example, as well as the basslines that the cello that were used on Vuoksi. These being just two examples of how I think the band excel in their craft of somber but entrancing folk music.
It's a great album with excellent songs that are just beautifully crafted and performed, and that's the least I can say about it. It's not my favorite Tenhi album, but it's not their worst, not that they have a bad album. Definitely check this album and band out if you want to hear some fantastic folk music, it's as simple as that.
Overall Score: 8.5
Highlights: Uloin, Haaksi, Siniset Runot
Posted by maskofgojira at 11:11 AM