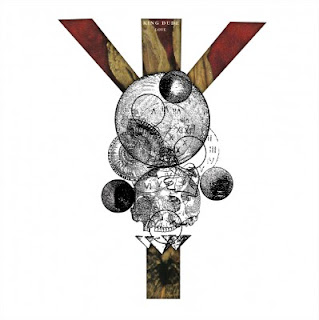 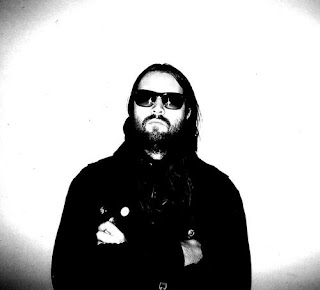 When I first heard King Dude a couple of months ago, if that, I couldn't believe what I was hearing in all honesty. His style of trippy acoustic and neo-folk music totally blew me away and I couldn't wait to hear his new album. After listening to, and reviewing "Tonight's Special Death" this was an album I was eagerly anticipating.
I don't know if those of you reading this come to this site all that often, but if you do, you'll know that I tend to favor songs that are on the longer side. When you listen to a King Dude song, the longest song tends to be around three minutes long, which is obviously nothing like an eight-to-ten minute long prog epic. It's within that kind of setting that I find myself most comfortable, but when I listen to this album, or any piece of work from this project of TJ Cowgill, time doesn't matter in the slightest. His one-to-two minute songs are downright amazing, in pretty much every sense of the word. Though I am in no way opposed to short songs, my feelings towards them is that I have to be able to get something out of them which I find more difficult the shorter the song happens to be. These are simple songs that manage to eclipse songs that are nearly three times as long as any of them in how they're presented, how they resonate with each other, and how memorable each of them are.
In comparison to "Tonight's Special Death," this record features a lot more atmosphere. The whole thing sounds like it was recorded at the bottom of a parking garage due to all the echo and reverb that encompasses these songs. Despite that, it's still a very natural sound that actually makes me think of nature, rivers flowing, mist covering mountains, morning dew on the plants, that sort of stuff. Cowgill manages to fit so much emotion within a very minimal time frame as well as through his stern and rather unflinchingly cold voice. In my opinion, this is Cowgill's most varied collection of songs yet, with songs ranging from the rather austere Please Stay (In The Shadow of My Grave) to the more "poppy" Spiders In Her Hair, each displays a different characteristic to his songwriting style. Despite how each of these songs is presented, they each have a sort of meditational quality to them that makes it sound like mini-ritual of sorts.
It's a fantastic album that definitely should bring in a bunch of new fans to King Dude. It's just one of those albums that sticks out as being in a league of its own. I can't recommend this highly enough, definitely, check this record out.
Overall Score: 9.5
Highlights: Every Track Is A Highlight
Posted by maskofgojira at 11:22 AM