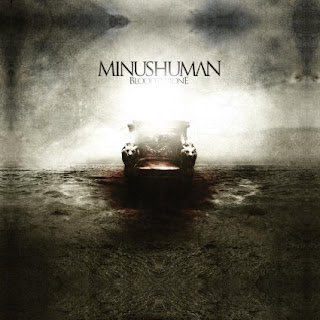 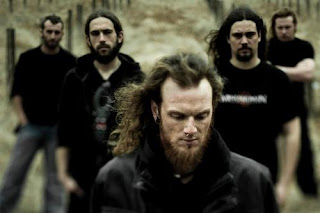 I first heard of Minushuman about a year or two ago when I was going through my French metal phase. It was during that time that I was really into bands like Gojira, Hacride, and Mistaken Element and I found this band the same way I found the last two, by just looking and listening to band after band that came from France. It's been a while since then and my tastes have changed, but I was intrigued when I had heard that they had been signed by Season of Mist.
I've covered a few melodic death metal albums earlier this year, but I have to say that if every record from that sub-genre opened up the way this one did, those records might be all the better for that one thing. The opening of this album, The Architect, is a great melding of melodic death metal, groove metal, and elements of thrash, and it sounds really, really good. From their debut, I'm glad to see they've definitely improved their songwriting. It's a very solid blend of ideas and the band show a talent for writing songs that are diverse enough to showcase various sides of these genres. A song like The Size of An Ocean demonstrates a lot more restraint and use of atmosphere while Three Mile Island sounds like a traditional groove/thrash metal song, being pretty mid-paced and, obviously, groovy. I'm sure you saw this coming, but I do feel that the longer songs on here are the best ones, if only because they expand beyond the regular stylistic borders that a track might be placed in, like I said above, you have more of a thrash song then you have more of a melodic song, etc., and the longer songs tend to blend the two together pretty fluidly.
I have to say that when I first saw this record, I was hesitant to listen to it because I was a bit fearful that it would be overproduced, and luckily that fear was completely irrational. The production on here is very warm and natural sounding, but still lends itself to the more mechanical riffing sections. I'm not gonna lie though, there are some sections on here that will definitely have people calling the djent card on the band, but hopefully that doesn't discourage you away from checking this out. Despite that, there really isn't a whole lot that would actually link this band to that sound beyond the occasional syncopated riff. Probably my biggest problem with the album is the kick-drum, which is a little too loud and clicky for my personal taste, hear a song like Evolve.
It's a solid album that turned out to be a lot better than I had expected it to be originally. It's a solid batch of songs that remain pretty interesting throughout and is definitely one of the better "melodic death" releases I've heard this year. I definitely recommend this to any fan of melodic death metal and groove metal, I don't think you'll be disappointed.
Overall Score: 8.5
Highlights: The Architect, Forgotten Fields, Kill Me
Posted by maskofgojira at 9:17 AM