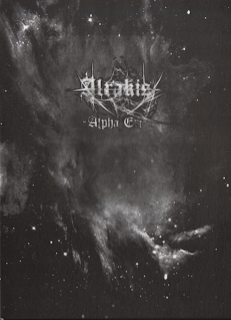 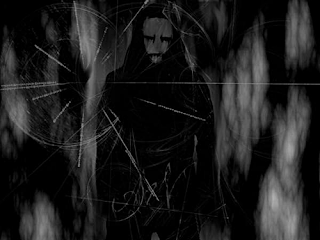 Atmospheric black metal is one of those genres that is quite vague when you actually think about it. Sure, you obviously know the two main things the description says about the music, but beyond that, do you really know how much of each is going to be present in what you're about to listen to? This was one of those albums that really does fit that description.
In the great pantheon of black metal, while a lot of bands are categorized as "atmospheric black metal", the ones that are good at it are easy to spot. If you're gonna do something in that genre, figurehead groups like Lunar Aurora, Paysage d'Hiver, and Darkspace are the ones that have truly reached the upper echelons of the genre. With that being said, the reason I bring that up is due to the fact that this one-man band does something very interesting, he manages to reach levels that are, at times, just as good as some of those bands. All three groups clearly have their place as influences on this project, especially Darkspace. The fuzzy guitars that are just overwhelmed by ambiances and atmospheres that nearly drown out any "aggression". One cannot rule of the post-rock influence on here though, with a lot of the performances rivaling similar sorts of peaks and valleys as a lot of post-rock groups do in their sound. The dark ambient ideas that encompass the last two tracks are also pretty well done in my opinion, standing out as some really solid works that were able to keep my attention throughout.
From the first listen onward, I was very impressed with it because even if you put the "post-black metal" tag on it, I don't really think blackgaze applies. It's a record that focuses on atmosphere and ambiance very heavily while bringing post-rock tinged melodies to the table. The six songs that make up this record, along with an intro, really brought a nice breath of air into atmospheric genre this year, even this late into the game, with bands like the above remaining quiet for long stretches of time. Each song has a central idea that it sort of carries throughout a single song, which some may either consider to be completely dull or extremely entrancing, I fell into the ladder. While songs like Sternenstaub begins with some of the most extreme riffing on the album, it eventually does fall back into the slower paced openness to finish the song out. I would have liked to have heard a bit more aggression on here, but I do think the principle songwriting and ideas are solid enough and constructed well enough on this debut that it kind of justifies not being wholly "black metal".
It's a very solid debut release, if you discount the bootleg that wasn't supposed to be released, and I think it's a nice start to what is hopefully a very intriguing artist. The ideas are certainly there, I think I would like to see a bit more in the way of aggression or fusing the more ambient material with the heavier side of the project. Check it out if you're into post-black metal, ambient and atmospheric black metal, or even dark ambient music, this is a solid slab of 'em all.
Overall Score: 8
Highlights: Gas Und Staub Zwischen Den Sternen, NGC 3242 (Ghost of Jupiter)
Posted by maskofgojira at 8:26 AM