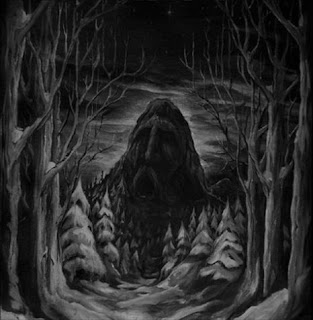 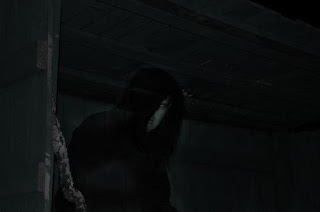 In the last decade or so, maybe not even that long, the Canadian underground black metal scene has really risen to prominence. Groups like Gris, Monarque, and Forteresse have been given quite a bit of good press within the last couple of years bringing much more acclaim to the Canadian scene. Neige et Noirceur is another one of those groups to gain a bit of good press, but is one of my favorites.
NeN, as I will refer to the project from this point on, has been the draw of attention in the Canadian scene thanks to the focus on atmosphere that the project has always personified. While always including plenty of doom, folk, and drone elements into the project's past releases, this album is devoted, for the most part, to the brutality of it's black metal side, not to say the other sections have been removed of course. Like previous releases, it's a pretty cold and brutal listen due to how everything works in conjunction with each other. From the atmosphere to the buzzing distorted guitars and soft acoustic passages, that severe sense of freezing cold and isolation remains. I can't speak much about the original version of Les Bûcherons, which closes the album out, but it definitely works within Zifond's sound. The song is definitely the most out of character for the album, as it brings just as much doom as black metal, as the album is rooted more heavily in black metal, as I said above.
I do have to give props to Zifond because the bass on here is extremely clear and warm in the mix. It really just pops out, which I assume could be misconstrued as a bad thing, but I like those sort of things. I think, personally, that it's great to see Zifond also start condensing songs down into shorter lengths. In the past, I have felt that some of the ideas he presented in longer tracks did kind of drag on for too long, whereas on here, it's very well laid out, things are given a very good amount of space to let the listener soak it in before changing to something else. Riffs move between traditional black metal tremolo and mid-paced down picking and more original patterns that escalate the album above being just another black metal album. Also, the vocals, which are definitely some of the weirdest I've heard all year, can be found on here. Yes, you have the traditional growls and screams, but you also have high-pitched squeals and throaty bellows; imagine a weird fusion of Nattramn of Silencer mixed with Mike Patton or Dani Filth and hopefully you get the impression that it's weird.
I have to say that I really enjoyed the album, so of it did drag a bit, but the greater majority I enjoyed quite a bit. It's an album that has a central focus on the more aggressive and propulsive portion of the project's sound and one that certainly fits it well. Definitely check this project out if you haven't already, there's a reason why it's so well respected.
Overall Score: 8
Highlights: Hymne II, Hymne V
Posted by maskofgojira at 10:46 AM