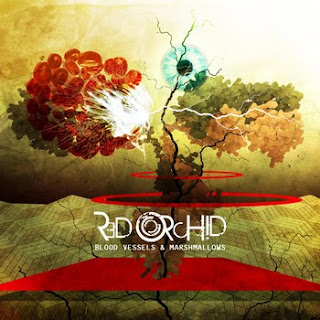 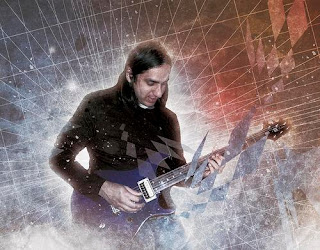 I've realized that beyond a couple of albums, I really haven't covered too much straight-ahead progressive rock, if you want to call that straight-ahead. While it's certainly too late to really make amends, here's something. When I was sent this album I was originally going to post it in conjunction with something else that didn't wind up working out so this kind of got delayed until now.
I should say that while I would definitely call this record a progressive rock album, it is more in line with modern prog than 60s or 70s prog. The comparisons have already been made by others to groups like Rush and Porcupine Tree, and those are definitely influences, this never really reaches into the same darkness as Steven Wilson's work and isn't quite as epic as the stuff Rush has released in their past. I mean, it has it's own identity, but those are two bands I saw it was compared to and it's obvious that there are sonic comparisons to them. Sanmeet, the guy who wrote and performed most of this album, does have a voice that when it's used in a more spoken word kind of way does recall a bit of Steven Wilson, but when he's singing, he actually has a more dynamic voice that kind of made me think of Ian Gillan a little bit. Being a prog album though, I'd say the album is about fifty-fifty in terms of vocals.
It should be said that for the majority of the album, it tends to dwell within the softer realms of post-rock, hear Glass Woven Yarn for instance. While there are sections of the album that bring a heavier sound, it really isn't put to the best use. The riffs aren't anything special and I think that it doesn't really need to be used, White Mist, Black Widow makes it work mind you, but I feel like in other tracks it's just out of place and unnecessary. In it's dreamy sections, or for the majority of the album, you get this dreamy calm that works at building a sort of psychedelic peace. I think that's where this album's greatest potential is at, keeping the listener focused on the music as it subtly shifts around. Ultimately, I think the fact that the post-rock element is not so much used to build crescendos is a weak spot in that a lot of the album just winds up sounding pretty flat. Don't get me wrong, there are songs and spots that do utilize that effect, and it works, Astronomicon, but for me, that's kind of the essence of the genre, and it doesn't really feel like goes anywhere otherwise.
I think it's a pretty solid album, a lot of it demonstrates that Sanmeet is skilled at writing stuff like this. While I would remove the metal bits or work on them even further, I think when he does prog, he excels. Definitely check it out if you're into calmer forms of prog-rock.
Overall Score: 7.5
Highlights: Release, White Mist, Black Widow, Flabbergast Butterfly
Posted by maskofgojira at 9:13 AM