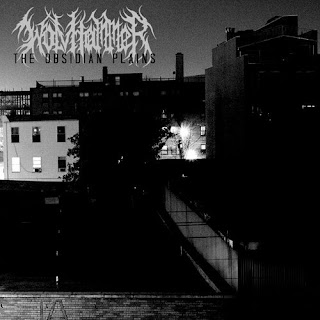 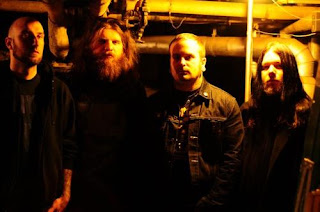 I mean no disrespect to Wolvhammer when I say this but I was originally not going to review this album. I love Profound Lore Records and pretty much everything they've released, but for some reason the info I go concerning this band really made me think they sounded completely different than they were. Upon hearing some reviews and comments from a couple of people who's opinions I take pretty seriously when it comes to underground metal, I figured I'd give it at least one listen.
The impression I got when I first heard about Wolvhammer from the press notes and the single piece of research I did when I heard they were signed to Profound Lore indicated to me that they were a doom/sludge band, which I was a little disappointed by because I had already heard Profound Lore release great doom/sludge albums in the past and I didn't really think this would be all that different. Of course, my initial reaction was completely wrong, with two guys convincing me with their reviews that this was not just another doom metal album and in fact wasn't all that doomy at all, lying in the realm of black metal instead. It's not even like pure, kvlt, black metal either, you've got varying degrees of crust punk, obviously sludge, and hardcore are all mixed together with it. Obviously I got some bad info from the initial announcement.
For everything that occurs during these songs, I never really connected with the music in the way that others seem to have done. The music is good, and there are moments on here that I did enjoy, but for the most part I was pretty indifferent to this album. These are all decent songs, but none of it felt all that intense as I had heard. I think that tracks like the sludgy Ghosts In The Water or The Sentinels definitely feel more interesting and engaging than a lot of the other songs on here. Then I listened to the album again. After my initial reaction was pretty meh, I went back again, despite saying to myself that I'd only listen to it again if I felt it was worth it, and it was. Once I pressed play on the album again, I could suddenly feel the energy and passion in the music. The punk influence that I love so dearly finally revealed itself to me in most of these tracks and it just got me excited. Since my second listen I have only gotten more into this album. It's weird because I never would have pictured this album as a grower, but I guess for me it was.
Overall, it's a solid album, not great, but definitely worthy of adding to your collection if you're into sludge or black metal. It's got it's good points, but there are some parts that are a little redundant and could have been cut off, but beyond that it's a very solid album. If you're interested in sludge, crust punk, or black metal definitely check this album out.
Overall Score: 8
Highlights: Bones of The Pious, The Sentinels
Posted by maskofgojira at 12:25 PM