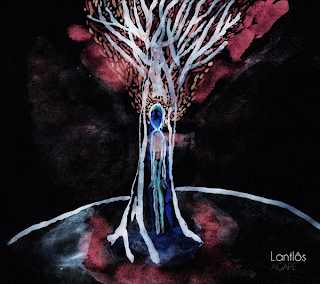 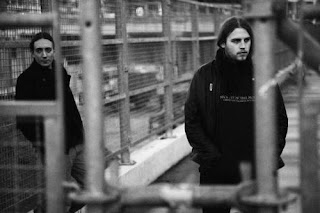 Back when I first heard of Lantlôs back in 2008, I was very impressed with their take on the whole post-black metal/blackgaze style. So since Neige joined the band two years ago, I think, the band has really blown up and gotten a lot more attention. So I, like many others, have been anxiously awaiting to hear what Lantlôs would do for their third record after absolutely loving "neon.".
At what might have been it's peak, so far, last year the whole blackgaze sub-genre really had some of it's greatest achievements, one of them being "neon." from Lantlôs. That album was pretty much as far as one could probably go within that "genre", at least in my opinion, this album, as main writer Herbst had said beforehand, would make the whole scene take another look at itself. What you have here is an album that really turns the things a lot of people liked about it's predecessor around on them. This is not as melancholic or emotionally crushing, instead, it takes a more uplifting approach in terms of atmosphere while the music itself resembles more of a doom style. So it's heavier musically than emotionally, to me anyway, on here. Having said all that, this album also features some of the band's softest and most introspective moments yet, the post-rock meets smooth-jazz journey that is You Feel Like Memories is the most beautiful moment on the entire record, maybe the most beautiful sounding track the band has ever crafted actually. It's just slow moving and kind of bluesy instrumental that bridges acts as a calm before the epic closer Eribo - I Collect The Stars opens up.
I've seen, more or less, a backlash against this album in the sense that it wasn't what people who liked the last album wanted. This is not an album that really makes Neige utilize his clean singing voice, the great majority of the album is screamed and it stands to reason that might might piss off a handful of his fanboys/girls who want him to sing and remain their fairy-boy prince of black metal. Plus, it's an album that while I said is more uplifting atmospherically, is still really friggin' heavy. The waves of feedback and noise that help introduce and close opener Intrauterin aren't what I think most people wanted to hear from this band. Really, the closest song people are going to get to the older material from this album is the shoegazy Bloody Lips and Paper Skin that still never reaches the same sort of blackened intensity that songs from the last two albums have. I don't want to discourage people from thinking that this band is completely rid of it's post-black/blackgaze sound, because those slow going shoegazy moments definitely bring to mind aspects of their older material, which some might get and other might not.
I'm really impressed with this album and it delivered something different than I guess what I even wanted, and it's probably better than I thought it would be as well. I know some will find it boring or dull but I dig it. Check it out if you want to hear some blackgaze/post-black metal gone doom.
Overall Score: 9.5
Highlights: Every Track Is A Highlight
Posted by maskofgojira at 12:11 PM