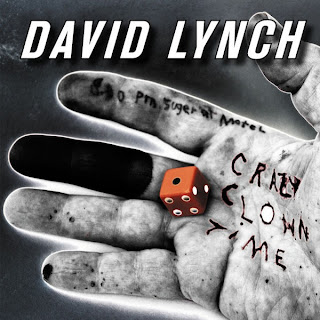 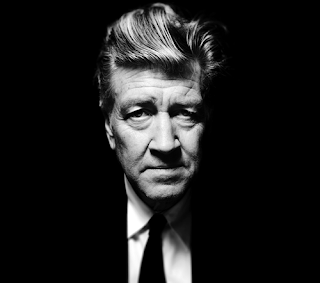 In the world of cinema, very few film makers have pushed the boundaries of movies into a world that becomes completely their own like David Lynch. With such famous films including Eraserhead, Blue Velvet, Twin Peaks: Fire Walk With Me, and Mulholland Drive, just to name a couple, he has become one of the most revered names in cinema. Despite being over sixty, this is his first full-length album as a solo artist.
For anyone who hasn't seen a David Lynch film, let me just say that you are definitely missing out on some of the weirdest and more amazing cinema to have ever been released, in my opinion. Despite being known mainly as a director, he has collaborated on the scores for all of his films, as far as I know, and thus, you can hear traces of what could have been from one of his films on here. It's a very stark, bleak, and minimal sound that relies on repetition and subtly over big movements. Quiet drones and haunting atmospheres combined with various styles and ideas that all come together in ways that are surely all Lynchian in their own regard. But, just like a majority of his films, this album is long, with fourteen tracks topping a hour in length, which is nothing compared to his three-plus hour long films like Inland Empire, but it's just jam packed with ideas and it doesn't sound like he's skimping on any of them. If you don't have a long attention span, I highly doubt you'll find a lot of enjoyment in this. If you're looking for an easy way in though, for myself, I found These Are My Friends to be the most straightforward and concise song on the entire album in terms of structure.
Probably the most controversial thing I've heard and read so far about this album has been the vocals. This entire album was written and performed, for the most part by David Lynch, including the vocals. With the exception of opener Pinky's Dream, which has Karen O from the Yeah Yeah Yeahs on lead vocals, Lynch is the center of attention on here. But the problem isn't in Lynch being center stage, it's been all the effects he's put on his vocals that's caused the stir among listeners. The use of everything from auto-tune to various choruses, echoes, phazers, and editing techniques that can get a bit annoying at times. It's not always modified, but I can tell you that it is always strange. In all honesty, probably the best and most defining piece on this entire album is the longest track on the album, Strange and Unproductive Thinking. It's in this track where you essentially get Lynch doing a spoken word, with a sort of android-esque sort of affect on his voice, over very simple trip-hop beats. It's simple, but it works. By comparison, the title-track, Crazy Clown Time, is musically more exploratory, but works with how disturbing the lyrics are, somehow turning what could be seen as a child's birthday party sort of situation into something very dark and managing to send a shiver up my spine.
In the end it is an enjoyable one, but it is too long and several songs don't really do anything for me. I wouldn't call this a failure in any way, as most songs do have at least one thing to keep them interesting, but it is can be a tough listen. Check it out if you want to hear some interesting experimental music by an interesting guy.
Overall Score: 7.5
Highlights: Noah's Ark, Strange and Unproductive Thinking, Stone's Gone Up, Movin' On
Posted by maskofgojira at 9:01 AM