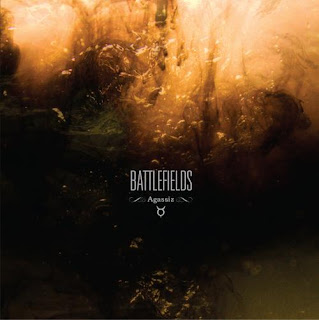 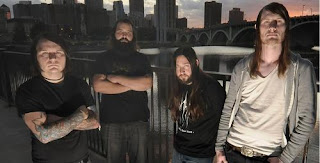 I first heard of Battlefields with their last album, 2009's "Threshold of Imbalance," and interesting post-metal record. I thought the album was alright, nothing amazing, but it was good, so when I heard that the band was doing something different on this EP I became interested once again. The idea of a post-metal band exploring other avenues of sound did indeed peek my interest.
I can't recall the last time I listened to the band, but I can tell you that I like this a lot more than whenever I did listen to them last. The songs on here are shifting around a lot more with styles and soundscapes. The sludge metal and post-metal ideas are certainly still the primary color they choose to paint with, but you'll notice shades of black metal, crust punk, and post-hardcore starting to make themselves a lot more noticeable, An Entire Epoch. At times the band even ventures into extremely melodic territory, veering away from the groove-oriented style that the genres they've been inhabiting usually allow. I especially liked how the drums kept things very interesting throughout, ranging from faster double-bass work to more of that crust punk sort of d-beat kind of style at times in addition to the slower grooves that usually accompany the slower genres of metal.
It's a nice little release that has a lot of interesting moments in it that I most definitely enjoyed. Like I mentioned above, I did enjoy this more than I remember enjoying their debut and I hope that the next full-length includes more of these adventurous tendencies. Look into this if you're interested in hearing some post-metal experiments.
Overall Score: 7
Highlights: An Entire Epoch, Laurentide
Posted by maskofgojira at 11:19 AM