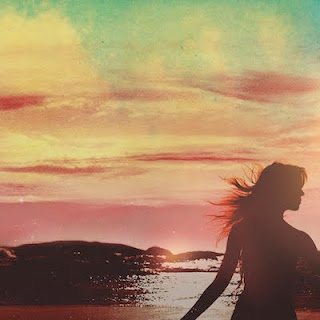 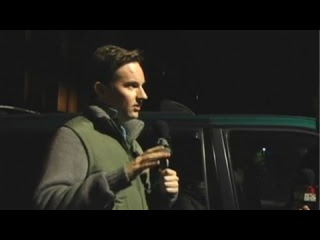 When you talk about the rise of instrumental progressive metal within the last five years or so, around that, Cloudkicker will be one of those artists people will mention. Since "The Discovery" was released in 2008, along with the rise of djent, people have flocked to Ben Sharp's instrumental albums. Last year's "Beacons" proved to be one of the best albums, in my opinion, of that year and this new one was released just days ago.
Hours after this thing was released, there was a backlash from some fans, not all mind you, about this being much different from Sharp's past material with the project. Unlike the progressive djent sound he's come to be known for, this album contains four songs and four interludes/intros of post-rock. For anyone who's followed Sharp in the few interviews he gave last year for "Beacons", this shouldn't come as a huge surprise. That album made use of plenty of post-rock soundscapes and the songs clearly owed a debt to the genre, to which Sharp specifically said he was interested in the genre and was listening to more of it than a lot of metal at that time. It wasn't a stretch of the imagination to see him move the project into a softer and calmer post-rock sound at some point. Maybe people just didn't expect it to happen so soon. There's also what I'd think is more of an indie folk kind of vibe throughout the album as well, especially on It's Inside Me, and I'm Inside It, which is completely devoted to folk rock kind of sound.
There are very few instances of a distorted guitar being used on here, You and Yours really being the only instance, so this is an album that is dominated by clean and acoustic guitars. I still think when it comes to drum programming, Sharp has a good grasp for what a song needs, never over doing it and trying to make the drums sound all technical or interesting, it's a pretty simplistic approach to the drumming on this album actually. It's not a record that I expect to wow a whole lot of people because doesn't contain the trademark sounds that the project has come to be known for and works more in the realms of quietness, moody atmospheres, and very minimal guitar lines. It's a record that you don't have to listen to a bunch of times to find everything inside it, which might be a turn off to some people, but brings with it less baggage and a more honest kind of songwriting which has, at times, gotten lost among all the layers Sharp has used in other albums. This also happens to be the first Cloudkicker album to feature vocals on it, though the role isn't really all that big, Let Yourself Be Huge definitely has a much more emotional impact due to them actually being there than I think it would have had if it remained an instrumental track entirely. I read a comment from someone saying that this is good music to fall asleep to, and that's totally reasonable and the record is definitely suited to that kind of experience due to the calm nature that is expressed throughout it. At just over twenty-five minutes in total, it's just more than an appetizer for someone like me, and I kind wish there were more "real" tracks or that some of the shorter songs had been expanded upon, it works.
This record may come as a shock to some fans who might have never thought Cloudkicker to move into this sort of realm, but I'd say that it does work. I kind of wish the album was longer or that it had a couple more tracks on it, but for what it is, it work. Check it out if you're into post-rock, I doubt you'll be disappointed by it.
Overall Score: 8
Highlights: It's Inside Me, and I'm Inside It, Let Yourself Be Huge
Posted by maskofgojira at 8:39 AM