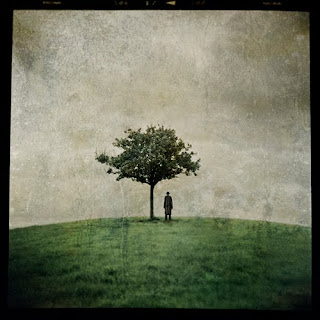 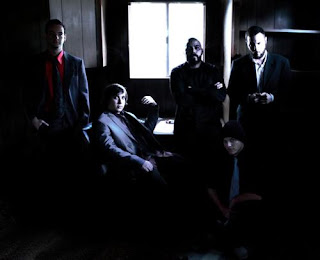 Yet again we have hit a release that I recently acquired despite having been released earlier this year. For this album, it was the case that I was interested in it but never got around to actually checking it out until recently. Hopefully this review is still relevant at this late in the game.
From what I understand, Ana Kefr originally started out making metalcore and melodic death metal that was tinged with elements of prog and tech metal, but with this album it's a shift in favor or the more techy and proggy side of death metal with hints of more melodic and straightforward maintained. It's an interesting album because it's different than I remembered it sounding from the samples that I had originally heard, not that samples can really tell you all that much about an album anyway, but I was a little shocked at the difference in what I remembered hearing and what I got. The album got off to a rocky start from my point of view with the first two tracks feeling rather lackluster and unorganized but it really hit me with Monody, which features female vocals as well as saxaphone throughout. It was these characteristics coming through that really got my attention. From this point on, the band apparently decided to just go full-bore into being weird and experimental, which is what I personally like more so.
Like I said above though, these guys still maintain some of their metalcore roots, and unfortunately those elements are what bogs down this album for me. There are some riffing patterns, hear In The House of Distorted Mirrors, that just sound too unoriginal, to the point that I can be sure I've heard it on several other metalcore albums before, compared to other moments in that song. I'm also not particularly fond of the vocalist's screaming style, I think he has a really good clean voice, but some of his screaming just isn't my style. Beyond my few gripes, I do think this is a very interesting album, these guys have some really cool ideas and play well throughout, I'm particularly impressed with the bass work. I think that the orchestral opener of Thaumatrope is pretty cool while the industrial and jazz bits on Apoptosis bring a weird song to the point of sounding disjointed, but it works. The majority of this album, track wise, is done with short tracks weaving together into a single piece, for the better part of the album, which does make the album flow better, but does make some of the shorter tracks feel a bit inconsistent. To return to the orchestral thing for a moment though, I do feel that these guys do have some really cool ideas in terms of orchestration and ambient using near cinematic arrangements, which is something that I don't hear all that often and don't particularly like in a lot of the other band's I know try and do it.
Overall, it's an impressive album that shows a lot of potential, but isn't without it's flaws. I think if the band can even out their sound a bit more and maybe even end up removing all traces of metalcore from their sound, that's just my wish, these guys could go pretty far. Definitely look into it if you're interested in some more experimental prog-death metal.
Overall Score: 8
Highlights: Monody, Bathos and The Iconoclast, Parasites, The Collector
Posted by maskofgojira at 8:28 AM