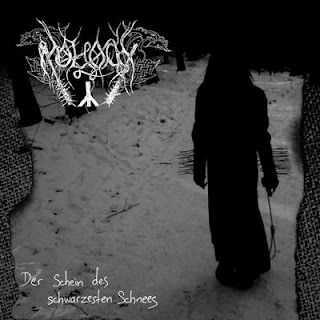 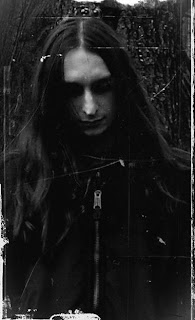 Like many genres before it, depressive black metal has become overrun with bands and projects that do little but to decrease any value the genre had. All over the world you have one-man projects that are releasing albums every couple of months that show very little growth. Here is one of those projects, but is it one of the better ones or not?
It's been almost a decade since this project first started and sole member, for the most part, Pr. Sergiy has been releasing material pretty consistently since 2004. His brand of depressive black metal has always kind of bridged the gap between being just another regular depressive/suicidal black metal project and something more. In terms of separating himself from other depressive groups, you'll notice quite early on that the guitar playing on this album is much more dissonant and his use of keyboards is a bit more proficient than your average basement/bedroom project. At his best, Pr. Sergiy creates a huge wall of sound that just crawls along and at times will almost reach post-rock-esque climaxes, hear Philosophie Der Depression. His use of more dark ambient pieces is perhaps more accessible to those who aren't fans of the depressive genre, as at times it can recall an almost industrial kind of vibe, but I don't think that if you dislike his metal side you'll like his ambient side anymore. I also have to give it to him that he's very good at maintaining a cold and desperate sounding atmosphere, so you can at least say that his music lives up to the covers, or the other way around.
Maybe it's just that I've become less and less tolerable to it in discovering other styles and other bands that I enjoy, but the vocal style in depressive black metal is really starting to get on my nerves. I don't really get the blubbering and shrieking vocals used on here, they don't really convey any sort of emotion to me and feel very forced. The spoken word pieces are decent enough, but I don't know why Pr. Sergiy couldn't try to expand his vocal style and move away from the style he's used on his many other releases. In all honesty, that was really the biggest obstacle for me to overcome with this album. I was able to ignore it at times, but it's just one of those things that I just didn't care for at all on here, but if you're a long time fan of Moloch or of this style of vocals I doubt they'd pose as much of a problem to you. I also feel that it's important to note that the album really feels like it comes apart in it's second half, with short, loose ideas filling in over ten minutes of the album's total run time.
I mean, it's a bit better than you might expect to come from both the depressive scene and the Ukraine, but not by much. It's not going to change how you see the whole depressive genre, even if you do enjoy it, it is, essentially, exactly what you'd expect it to be. If you're already a fan, check out otherwise go in at your own discretion.
Overall Score: 7
Highlights: Philosophie Der Depression, Dies Ist Ein Plad An Dem Ich Dich Vor Einiger Zeit Verlor, Ein Gefuhl Der Apathie Im Sterbenden Universum
Posted by maskofgojira at 11:47 AM