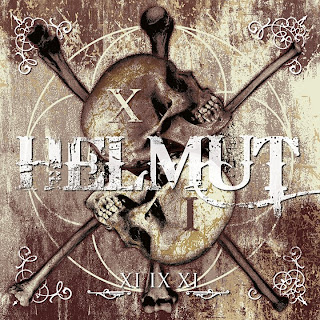 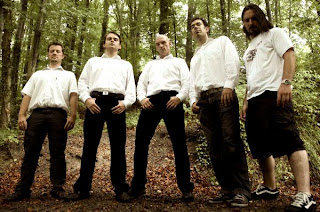 You would not believe how hard it is to find information on some bands. This band is relatively new so I wasn't expecting a whole lot of info, but it proved to be a bit harder than I thought. I did eventually find info, but that was after a lot of different sites gave me almost nothing, then I just went onto Facebook and it solved all my problems.
First off, this has to be one of the most mislabeled bands I've ever gotten this year. The notes and description attached to this band made me think they were a doomy sort of hardcore band, in reality, while both those play a role, these guys lie much more within the realm of semi-sludge hard rock. A Decade of Lost Freedom is a great bluesy melodic instrumental opener that really highlights a more old-school heavy metal sense of harmony. The use of sitar also really surprised me as well. From my perspective, the band put the bar pretty high for themselves with this song. The Legend of Glen Baden also was a very high mark for the album, another instrumental that was later in the album that recalled a lot more more jazz fusion and progressive rock sounds, making predominant roles of acoustic and slide guitars in this song.
These guys definitely sound very different than a lot of other bands I've heard come from the sludge scene. Musically, it's very blues based with a lot of influences coming through from sludge and death metal but also hard rock, psychedelic rock, and grunge. A lot of the soloing really recalls more of the classic NWOBHM sound but with a bit more of a proggy edge to it. In my opinion the vocalist has a very interesting style that works in some cases but in others just sounds very contrived and doesn't fit in at all. First of all, he definitely has a nice clean voice, it kind of reminds me of Mastodon in some cases, which is a positive in my book, though there are moments on here, Chickenbrain, where it honestly reminded me more of Nickelback than anything else, unfortunately. But his harsher vocals don't always reach the same heights his cleans do. I think his main screaming style is decent enough, it does have a bit of that old-school sludge kind of vibe, but when he tries to go lower and more death metal, it just sounds really, really bad and out of place.
There are some flaws and weak points throughout the album, but as a whole I found it to be very enjoyable. I certainly did not expect the band to sound the way they do, which that, in addition to some good songwriting chops, really impressed me. Definitely check it out if you're interested in hearing a cool new sludge metal group.
Overall Score: 8
Highlights: The Road to Pokhara, Chouchenn, Colson Blues
Posted by maskofgojira at 8:32 AM