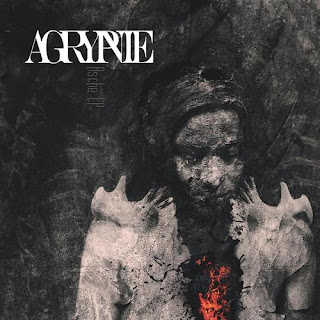 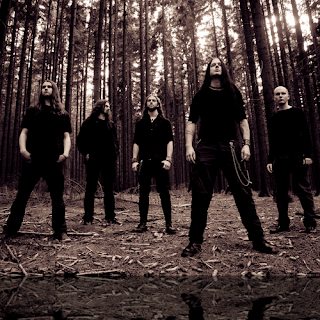 Last year Agrypnie released a pretty well received third album, "16[485]," and we now have a well received EP. Those familiar with the German black metal scene will have no doubt heard of this band before, being one of the more popular ones, to my knowledge. I couldn't imagine this being bad based on their track record so far.
It's important to say that while this is classified as an EP, you're getting well over forty minutes worth of material on here, and none of it is rehashed. The six songs on here can really be called an extension of the sound from "16[485]" in terms of style while taking a bit more risks and being a bit more experimental with their sound than a full-length might have allowed. On here, you have the band really just throwing some of their most experimental and ambient material at you. Personally, the band is at their best, on here, when they dive headfirst into near post-rock kind of territory, hear Erwachen, and just mellow out and bring in the more moody sections that work in conjunction with the heavier ones. But like I said, this has some of the band's most experimental material on here, as tracks like 1.10#06+0.35 or Kosmos [Omega] will show you, this is not a release that was dedicated to metal. I'm honestly not all that surprised the band decided to experiment more with these sounds but admittedly, I don't think that on a full-length they would work all that well. The latter track is more of a dark ambient and drone sort piece while the former is a sort of industrial meets darkwave kind of track, both work very well as instrumental pieces and are enjoyable for what they are. Augenblick, the song that closes the album, is a demo, of a track on here, which can be heard in it's sound, it's clearly a lot more raw and unpolished than the other material on here, but is far from being a bad song and should definitely impress anyone who hears it. The fully polished version is better, but I don't think including it on here is just to fill up space and is worth hearing.
This is definitely a killer EP with some great material on it. While I wouldn't call this an accurate description of their sound, it certainly has some of their best work yet on it. A very solid piece of progressive/experimental black metal that if you're at all interested in the genres you should definitely check out.
Overall Score: 8
Highlights: Erwachen, Augenblick
Posted by maskofgojira at 9:51 AM