Farewell Poetry - Hoping For The Invisible to Ignite (2011) 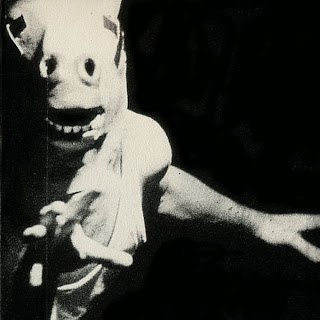 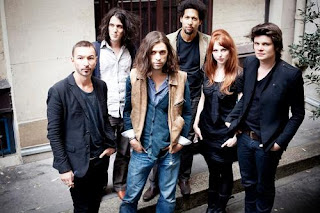 Time for another post-rock album, and one that I haven't heard too much about this year. This is the debut from the French post-rock group and it looked interesting, and the description I read of it seemed interesting so I looked into it. Though the handful of reviews I've read about this so far have been about average I was expecting something pretty cool from it.
Depending on how you feel about post-rock will determine how you process this album. Unlike what I would call more accessible post-rock groups like Mogwai or Explosions In The Sky which have appealed to a wider audience due to a focus on "songs", this band and album are much closer to a group like Godspeed You! Black Emperor. This band, in my opinion, is like the much younger sister to that band, attempting to put their own spin on that sort of sound. This four song album is split down the middle, with two songs being long epics and two that are shorter, almost interlude tracks. While the shorter tracks are more, let's say typical, sort of post-rock songs, the longer two are where that GY!BE influence really comes through. When this band builds in these long tracks, they take their time, slowly adding more and more instrumentation to a subtle foundation. I will say that these guys are by no means as cinematic as GY!BE, but they are at least coming closer to their sound than I've heard a lot of other groups willing to go.
But the thing that might throw some people off will be the spoken word vocals that are present throughout the disc. I'll admit that it can be, at times, a bit like listening to an instrumental band do their thing and then having a poet come in the studio and just record her reading out her poetry. But, it was this style that really brought the GY!BE comparison home for me. GY!BE made use of a lot of samples in their music, and the spoken word on here could be seen as a variation on that idea of using the music to convey emotion while the words on top only relay the message. In fact, her voice is only on about half the album, or around that much I believe, with the most being instrumental.
It's not gonna be for everyone, mainly because of the spoken word phases during the album, but it's still worth checking out. There are some cool ideas in here and I think the GY!BE influence should be more prominent within post-rock bands today instead of some other groups, but that's just me. I you're interested in some interesting post-rock or poetry, check it out.
Overall Score: 7
Highlights: As True As Troilus, All In The Full, Indomitable Light of Hope (Part II)
Posted by maskofgojira at 8:28 AM