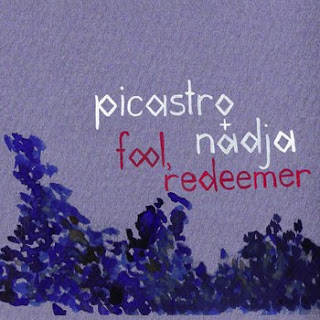 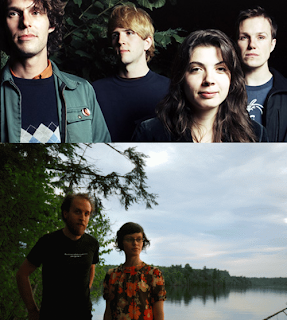 I've never heard anything labeled as such but here's a semi-collaborative split album. Now, I don't know how familiar you are with either of these artists, but I can safely say that I am a Nadja fan but have never heard of Picastro. I've never been a huge fan of the collaborations Nadja has done in the past, there are some good ones, make no mistake about that, but I was still interested in this one.
In my opinion, the only collaborations that Nadja has done with other artists that have turned out well have been the ones with Atavist and Pyramids. When I listen to the work they've done with artists like Black Boned Angel or Ovo, or even the album they released with Galena earlier this year, it just doesn't live up to the potential that Nadja shows on their own. From the other groups, I think it can be a bit more interesting than their usual output, in my opinion, but for the majority of it, it's just dull and rather boring. I have to come out and say that this album certainly is not up to the level of the Pyramids or Atavist collaborations, but it is better than some of their other ones. Now, that's just from Nadja's perspective, I can't really comment on Picastro because I'm not all that into what I've heard of their slowcore sound.
When I listen to this album, there are a variety of different elements, sonically, that come into play among these five tracks. Among the first four tracks, which are essentially the "songs" of the album, you get an oddity of minimalistic drone mixed with psychedelic folk instrumentation. I'd like to tell you that it works, but it, more often than not, doesn't in my opinion. Though one could argue that with each track that passes, the songs get better, I have to say that it's still not top-notch work, even if I do believe A New Soul's Benediction is quite nice and melancholic. The long extended closer, Venom, obviously Nadja's main addition to the album, is no doubt the best song on here. The slow moving beast of a track that tops twenty minutes, just drones along with soft acoustic guitars hovering above the dark drones that the drone-duo have come to be known for. While I can't say all of the material Nadja has released, solo, has been fantastic, I do believe that this one track is one of their better collaborations as well as a standout track in their discography.
It's a decent piece of work but not without it's flaws. I don't know if you'd want to get the whole thing, but I can definitely say that the Nadja portion of the album is well worth it. Definitely check it out if you're already a fan of either group but if you're new, check out their individual works first.
Overall Score: 6.5
Highlights: A New Soul's Benediction, Venom
Posted by maskofgojira at 11:42 AM