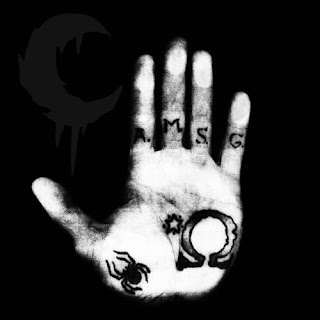 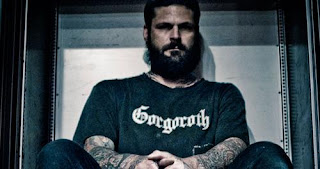 When you mention the name Leviathan to people in the black metal community, you'll often get a pretty welcome response. Unlike many of his American peers, of the last decade or so, main-man Wrest has built his fanbase on complete and absolute nihilism, depression, and utter hatred for all that is good in this world, in stark contrast to those bands/projects that talk about nature, depression, and magic. After 2008's "Massive Conspiracy Against All Life," album was released under rather hostile methods by Moribund Records, the project was laid to rest, with this new album acting as a rebirth of sorts after incidents that occurred earlier this year acting as a catalyst for this new album.
I'll be up front and say that like his I've never been hugely into Leviathan's material, much like his estranged cousin Xasthur. It hasn't really been anything other than I have my personal favorite atmospheric/ambient black metal bands and this one wasn't one of them. To an extent, the more pretentious and kvlt side of the Leviathan project has always kind of put me off as well though, I'm not particularly a fan of musicians who personify themselves as above anyone else and that others are below them. I have the material that Wrest has released and have enjoyed it on occasion, but it was truly after hearing all the praise of this album that I had an urge to go back and explore his work a bit more. I won't pretend I'm an expert on his past work, but this is easily, from my perspective, his most aggressive and brutal work yet. I won't go into any of the details surrounding the conception of this album and what's happened to Wrest within the last several months, but after hearing this record, it's clear, and may I say quite vivid, how he stands on this situation.
Obviously in terms of how this album turned out, it's the best sounding Leviathan record yet, as it was handled by Sanford Parker at the production helm. It's a lot clearer and has a lot more scope than previous releases have had, which lends a hand to the eerie nature of the record. Despite what purists may think, the record is aided by a cleaner and more evened out production, due to the complexity and abstract nature of the riffing used on here, a more muddled sounding production would have only dampened the overall effect and made some of these riffs, hear Shed This Skin, run together into a rather indistinguishable mess. As much as people may not like me saying this, I can hear what may or may not be intentional nods to the more abstract riffing of groups like Deathspell Omega and Blut Aus Nord, and to a lesser extent The Axis of Perdition, but I doubt that last one is an influence. The riffing on here could actually be called *gasp* progressive at times with it's constantly shifting paces and molding various moods, all of them negative, within a single track. In regards to what is the standout track on the album to me, Every Orifice Yawning Her Price, that song just brings what I thought Leviathan was and completely turns it on it's head. The ability to turn what is essentially a pretty up-tempo post-punk beat and surround it with all these dissonant chords and melodies with a haunting atmosphere, it just hit me as something I hadn't heard done before.
Despite all the talk I heard, this actually lived up to it, all the hype surrounding this album didn't overrate it. I wish I could point out a glaring flaw or something for you, but this record is really just one of those records that I find a connection with and hopefully you can too. If you like weird, atmospheric, and demented black metal, do yourself a favor and check this one out.
Overall Score: 9
Highlights: Brought Up to The Bottom, Every Orifice Yawning Her Price, Harlot Rises
Posted by maskofgojira at 4:58 PM