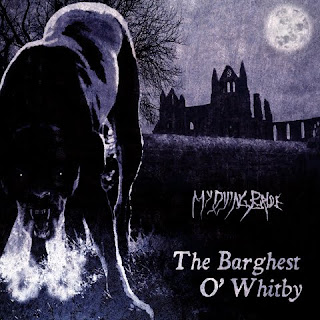 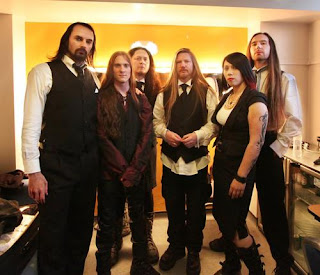 You want to talk about doom metal, come talk to me after you've listened to a My Dying Bride album. This is the second release the band has put out this year, making it a very productive year for the band. After "Evinta" earlier this year, which wasn't really received all that well, we have the band putting out something that will more than likely sit better with their fans.
Unless you were apparently me, you weren't a huge fan of the "Evinta" double-album, or triple depending on what edition you got, which had the band reworking some of their material into more lush orchestral and darkwave songs. It obviously wasn't going to be the future sound for the band, but it was something they wanted to do, and it was an understandable one-off thing, I doubt you'll hear any of it at one of their shows any time soon. But with this EP we get the band returning to their roots, and not their recent ones either. This single song takes us back to an earlier sounding point in the band's career, reminding me quite a bit of albums like "The Angel and The Dark River" or "Turn Loose The Swans." But in addition to that, like I just said, it's a single song, that proves to be the longest in the band's discography yet, at just over twenty-seven minutes in length. It's a lot less polished sounding than some of the band's last couple of records, favoring a more stripped down approach to production, which gives the song a very barren feeling to it.
It's a solid song, not my personal favorite in recent material, but by no means a flub in my book. I look forward to seeing what the band do on their next full-length. If you're new to the band, check this out, you really can't go wrong with this band.
Overall Score: 7.5
Highlights: The Barghest O' Whitby
Posted by maskofgojira at 9:18 AM