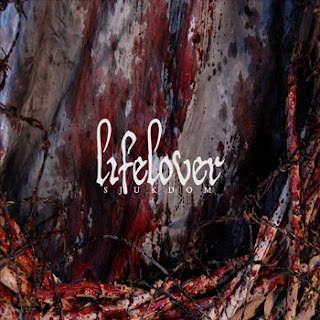 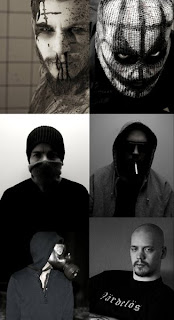 It was two years ago that Lifelover released their last collection of songs, the EP titled "Dekadens," now this wouldn't seem all that bad, except for the fact that this is the longest gap between releases within the band's career. This album has the band changing their signature depressive pop, if you will, for a much darker sound. All the trademarks are here, the band is just upping the level of intensity and songwriting.
This new album takes their growing sense of songwriting abilities and hones them with a much darker sound. For those that enjoyed the more upbeat numbers on the band's earlier releases, they might be a bit disappointed by the lack of a more"poppy" number on here. These songs are much more aggressive sounding than most of the stuff that was present on the last few full-lengths, taking a more metal sound. Tracks like Led By Misfortune or Karma feature some of the heaviest riffs ever utilized by the band. However, the band still crafts some big melodies on this album that could also be called some of their most melodic and catchy songs to date as well, hear Expandera for example. For me however, this album has a shift from melodic guitar parts to melodic piano parts, as a piano is often the main source of the catchy melodies on here rather than the guitar, though the former does still play some catchy melodies as well, hear Instrumental Asylum.
On their last EP, there were some complaints that the band had started to kind of fall back on their signature sound a little too often and were starting to sound a little less poignant than before, but this album should change that opinion. Though this is without a doubt the band's most metal sounding record, vocalist ( ) still sounds as deranged as ever, hear a track like Homicidal Tendencies where he sounds like he's about to have a breakdown, not that fans of the band should find that different, but compare that to the almost feral sounding growls on the following track, Resignation. The band themselves also have the ability to craft beauty into this otherwise despondent and tortured album, allowing just enough light to shine in to make this seem like an all but hopeless case.
Overall, this is a great record with a lot that I like, and very little that I don't. This is a side of the band I really enjoy, them getting heavier and darker, even I found their last EP to kind of be weak for them, but this is just great. If you like catchy, melodic, depressive black metal, definitely check this band out, and this album, it doesn't disappoint.
Overall Score: 9.5
Highlights: Every Song Is A Highlight
Posted by maskofgojira at 7:20 AM