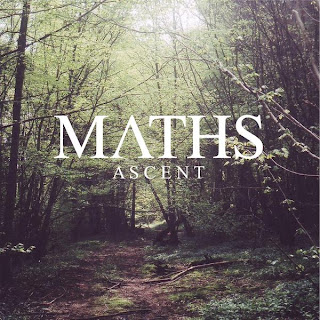 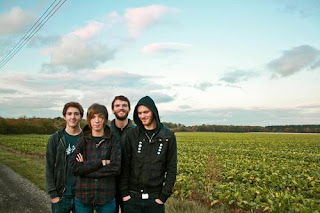 This is my first experience with Maths, having heard good things about their debut full-length "Descent," I thought I might as well look into them. I was surprised to see such high praises coming from the black metal scene when looking into them, though after listening to them it's not hard to see why. These guys are underground and there is nothing on here that really recalls any sort of mainstream accessibility in their sound.
Sonically, this is not mainstream screamo music, this is the sound that the genre was founded on, having an aggressive base that, while it is melodic, is not poppy in the least. There are certainly some elements of black metal within their sound, not enough to really call it an influence, or an obvious one anyway, it's there. There's also an angular style of riffing on here that makes me almost want to say it's math-y, no pun intended, hear Consecrated Earth. The four songs on here contain the band's longest track, closer The Wind Swept Away, is almost six minutes long, but definitely takes it's time at building and falling, moving through more melodic sections as well as their usual bursts of aggression.
Overall, I'd say this is a nice release that definitely showed me why black metal fans appreciate this band. There is definitely a more metallic edge to this band that does lean into black metal as well as math rock, making it very different from any mainstream act being put into the screamo genre. I'd recommend this if you're looking for something a bit different from your usual listening habits.
Overall Score: 7
Highlights: Consecrated Earth, The Wind Swept Away
Posted by maskofgojira at 8:49 AM