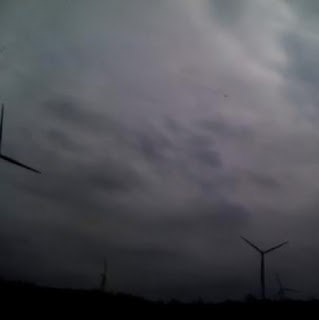 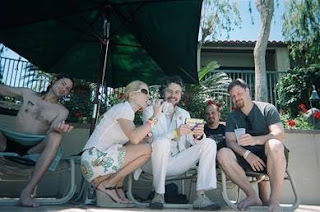 My it's been a long time since I've heard this band, it was probably no more than about two or so years back when I first discovered Isis and my love for post-metal began that I discovered this group. Whether or not it was really a side project when I discovered it or not, it did feature Bryant Clifford Meyer of Isis and that was more than enough to spark my interest in this project. Up till now their sole release was the self-titled debut back in 2006.
Opening with a shocking shriek of feedback, I somehow guessed that this was not the same post-metal group that I remember listening to some years ago. Once the feedback fades away, an odd mix of distorted guitars, organ, and harmonized clean vocals hit you, which was another surprise as I was under the impression that this was going to be instrumental, like their debut. Instead what I found was an album that was not heavy, in the sludge sense, but more melodic and textural than anything.
Throughout this debut, I was surprised by the shoegaze influence, or sound, that persisted throughout. The wall of sound, despite being distorted, is nowhere near as crushing or monotonous as their debut; and constantly changing atmospheres and textures also add to a more atmospheric sort of sound. The clean vocals, whether harmonized or straightly by Brooke Hamre Gillespie also reinforce that idea of a shoegaze influence on this record. There's also a bit of electronics on the track Star as well, which, while are not bad, just seemed strange to me. Whether it's the acoustic interlude track, The Circul, or the epic album closer, Occul, there's just something about this record that makes it stand out to me more than some other releases I've heard this year. It's melodic, but very experimental, melancholic, but full of life, this is an album that I certainly did not expect from this band.
Overall, I really enjoyed this record, it's unlike any other record I've heard this year, and in a few years actually. While this release certainly keeps a post-rock interior, the exterior has been spiced up with so many new sounds it's hard to believe this is the same band that released an instrumental sludge album five years ago. I don't imagine a lot of Isis fans would probably get into this, but if you want something different, definitely check this out.
Overall Score: 9
Highlights: Azure, Occul
Posted by maskofgojira at 8:49 AM