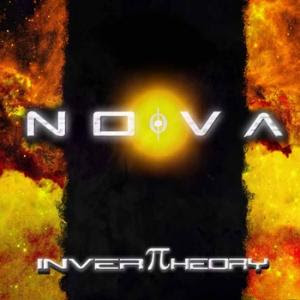 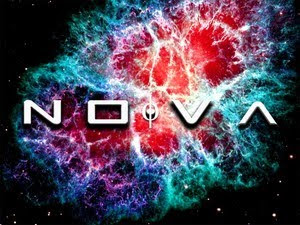 Starting as a simple collaboration between two guitarists, Chazz McConnell, (Sol Asunder) and Max Seeman (Anomalous), this project soon bloomed into it's own identity. Breaking into the djent, tech/math metal, and prog metal scene with various songs that garnered them a small but devoted following, this is their debut album. After much time and effort put into this album, these seven songs contain the fruits of the duo's hard labor.
It's obvious by the opening track, Entra Nova, that this is not just another djent/tech metal group, there's a lot more of a fusion and prog metal sound going on throughout the disc. There's a lot of djenty patterns going on, providing what I would consider to be the spine of this album and the solos being the muscle. The melodies provided by the solos, in most cases, are stronger than the grooves in my opinion, though I'm sure everyone would agree with the statement that an album full of nothing but guitar soloing would get boring. However, having said that, I would like to say that I would have liked to hear some of these songs actually be longer, as most of them are around three minutes, I found tracks like Rift or Sephricon feeling a bit underdeveloped.
Honestly, this is a sound that, while I enjoy it and does sound good, isn't that original. I could see similarities on this disc to that of the Gru album I reviewed last year, with that album perhaps being a better produced. The guitar solos on here sound great, they're nice and fluid sounding with a similar sounding production, but the more djenty and distorted tone is a little too aggressive for me, in terms of the production anyway. I think if the production was a bit clearer on the whole album, it could have done it some more good than bad.
Overall, a decent release, but not without it's flaws. I could see a lot of other people enjoying this a lot more than I am, but this is just my opinion, like always. If you like proggy, djenty metal, than definitely check this out.
Overall Score: 6.5
Highlights: Cronomicon, Invert Theory

Here's where you can download the album:
http://novashreds.com/album/invert-theory
Posted by maskofgojira at 6:13 AM