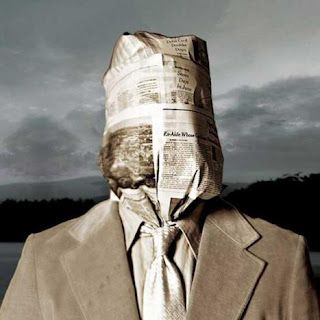 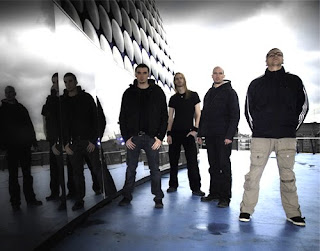 I find it odd that a band that's been put into more of a post-metal sub-genre had a cover that made me think metalcore. While musically the two have almost nothing to do with each other, that simple conundrum intrigued me enough to check this out. Another thing that intrigued me, by the way, were the shorter song lengths, so this band is apparently post-metal, with an exterior of metalcore.
Short songs, odd cover art, and songs that feature dynamic structures, choruses, and riffs, this is an album that definitely tries to wear a few hats. Sonically, these songs definitely have the post-metal sound, the vocals have that sort of Isis sound to them, and the music behind them is well layered with clean and heavy guitars. Songs are also fairly mid-paced throughout the entire disc and manage to build epic sounding finales on tracks like Murdocracy and Cave In, but beyond that these guys have a more accessible sound than most bands that come from this genre. In my opinion most post-metal/rock groups write pieces of music rather than songs, in the sense that most of the tracks on groups like Isis or Neurosis albums are long and move into a lot of different directions throughout their course as oppose to short and catchy tracks, this band definitely writes more songs. Even the longer tracks have more of a structured sort of sound, by that I mean that this band makes use of the verse-chorus-verse style of songwriting rather than the long instrumental passages between verses.
Other than the comparisons with their main tag listed above, other genres definitely come through like the Gojira influenced sound on Division, the Klone sounding alternative rock on You'll Never Know What This Means, or the epic Mogwai sounding Clarity. There is certainly a lot more diversity found on here than on a lot of other groups that come from this genre, and for the most part these songs all turn out well. I think that the ability to branch out and more into more groove metal and alternative rock really does put these guys on the fast track towards gaining a big and respected fanbase.
Overall, this album gave me quite a ride and I can say that there wasn't a dull spot along the way, which surprised me. It's a really consistent record where every song feels right and never drones on too long. If you like post-metal with songs that would have choruses that could get stuck in your head, check this out, you'll most likely find it to be a record you otherwise might not have checked out.
Overall Score: 8
Highlights: Reconnect, You'll Never Know What This Means, Clarity
Posted by maskofgojira at 6:44 AM