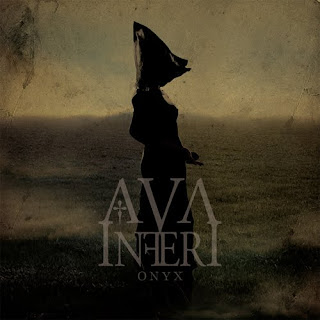 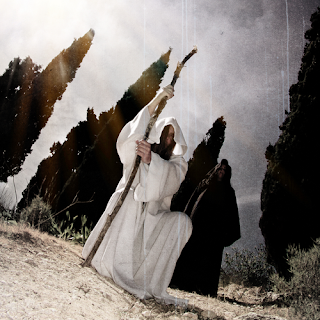 I was initially disappointed with guitarist Rune Eriksen's decision to leave Mayhem in favor of this, his original side-project, but have come to terms with it. While I can't say I was ever the biggest fan of the whole scene these guys are lumped into along with groups like Draconian or Madder Mortem, I certainly appreciate them, and Erikson's involvement. This is not my first album with the band though, as I can remember originally finding out about them though a song on their last album that featured Garm (Ulver) on it.
Now I won't say that Erikson, or Blasphemer as he was known in Mayhem, is one of the best guitarists in the genre, but he certainly has a sound and style that's unique. In the genre of doom, there aren't a lot of bands that really craft solid riffs or explore different territories as Ava Inferi have for one reason or another. Erikson, much like how he managed to make every record he played on while in Mayhem sound different, he does so on here, allowing a wider spectrum of influences to bleed into the doomy sound of the band. On here, besides the gothic tone brought in by vocalist Carmen Susana Simões' operatic tone, I heard elements of stoner rock, prog rock, and a bit of melodic death metal on Majesty.
While being a far cry from what could be looked at as standard for the gothic/doom scene, this album, and band, still have their roots. Tracks like A Portal or By Candlelight & Mirrors definitely have that sound that's a bit more "average" for the style their playing, but still make use of great melodies. But it's tracks like the haunting ((Ghostlights)) that take the cake on here, being extremely mournful yet beautiful at the same time, or the more progressive inclined The Heathen Island that moves enough to interest for it's nine minute length. It works in the band's favor when they do go into a more metal direction, not to say the softer moments on here aren't good, but some of them do drag on a bit long.
Overall, this is a good album, definitely the band's best in my opinion. While I'm still not 100% on the operatic vocal style, that's just something I'm not that into, I have to say this was still an entertaining and enjoyable listen. If you like doom metal with some elements of adventure in it, than I'd suggest you definitely check this out.
Overall Score: 7.5
Highlights: The Living End, ((Ghostlights)), The Heathen Island
Posted by maskofgojira at 12:58 PM