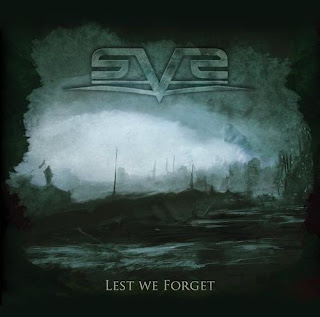 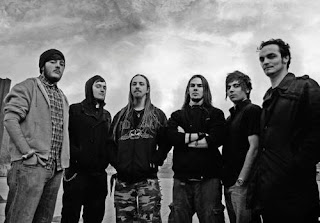 It's strange to see the surge of djent/tech metal in the last year or two. Since my discovery of the genre, I've found quite a few bands that have peaked my interest and it has since been a genre, or style, that has brought more talented and unique bands into the spotlight. Subversion were one of the first bands I took an interest in, after hearing a two track single they released last year.
Subversion are certainly a band that take a bit from the Meshuggah influenced djenty sound as well as a bit from metalcore, which might turn some off immediately, but it's the other things they do with those sounds that intrigued me. The metalcore aspects to their sound mainly comes from the more "simplistic" or "accessible" song structures, as the band tend to use similar methods of structuring with most of their songs, which works for them, and the use of occasional breakdowns, hear Seizure. However the industrial rhythmic patterns, keyboards, and clean vocals bring to mind Fear Factory at some of their best as well as the more technical musicianship, there are solos on here as well, bring to mind groups like Strapping Young Lad or the already mentioned Meshuggah. It's the unique sound of industrial djent, similar to that Sybreed, a band I've never really been a fan of anyway, but a bit more intense, that makes these guys differ from other bands.
I was surprised at how long this album was, being about an hour in length, holding sixteen songs, and that's not meant to be a bad thing, it works in their favor as most of these tracks are really solid and catchy and make that hour go by pretty fast. Tracks like What We Are Entitled and Treason (Beyond Forgiveness) really demonstrate some killer musicianship and interesting structures, and those always make an album more interesting. Probably the most annoying thing about this album, and it might be because it's a concept album, I'm not sure about that, is the use of clips, not really samples, at the beginning or end of songs, and interludes, it kind of ruins the flow the album could have had.
Overall, this is a solid debut album and I'm actually surprised this band isn't signed yet. While this is no masterpiece, this certainly has some really great songs. These guys definitely have a lot of talent and are worth checking out if you like a more progressive brand of industrial metal or metalcore.
Overall Score: 8
Highlights: Butchered, Te Odio, Failed Alliance, Lest We Forget
Posted by maskofgojira at 10:25 AM