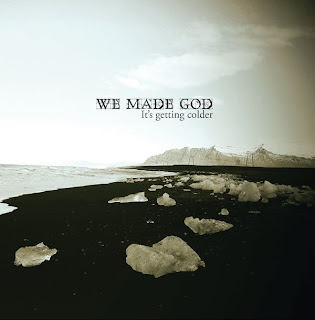 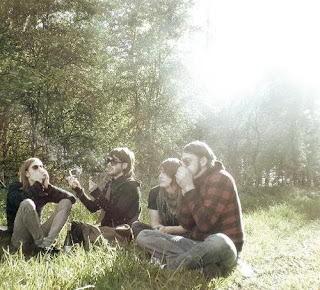 When it comes to post-rock and metal groups, it can be a bit tiring, both in terms of music and patience. A lot of bands come out and just rehash the same of trite formula that the genre heads do, there are obviously exceptions to that, but for every one good band there are at least a handful more that sound derivative of their influences. Post-rock bands usually tend to have a greater degree of variation from band to band, but this isn't a post-rock band, this is a post-metal band that definitely brings a lot more of a post-hardcore vibe to their sound.
That post-hardcore sound is not manifested in the sort of sludgecore sounds, but more in the vocal styles that are presented on this album. Unfortunately, the vocals on here are what actually make me cringe when I listen to this album, they just don't feel right to me. When the harsh screaming and yelling styled vocals are used, they're alright, but not the greatest, but the singing on here just did not sit well with me at all, really ruining some tracks. Having said that, the track As We Sleep definitely has clean vocals that work, due to it being much more ambient and simplistic, allowing the vocals to just glide over the top of the instrumentation.
Musically, or when talking about the instrumentation on here, this is a strong band, that post-hardcore blends well with the post-metal sound, hear a track like Glossolalia. This band has a lot more riffing going on in these songs than a lot of other post-metal groups, it's more frantic sounding at times, though the mellow and more drawn out spacious passages are still on here. Heavier tracks like We Have Lost The Battle, We Have Lost The War definitely start slow and pensive, but build up to a crushing conclusion that definitely blends the two genres together really well. Tracks like Oh Dae-Su really just capture that essence of post-rock/metal that I love, the quiet and more ambient passages where it's not about being loud or heavy, but atmospheric and dreamy.
Overall, this is a decent album, but it's not great. I'm not the biggest fan of post-hardcore simply due to the fact that a lot of the bands are just really bad and don't sound unique in the slightest, I don't think this band brings a whole lot of ideas to that genre, but it brings the idea of combining more melodic and at times technical, more so than post-metal tends to be anyway, together with the softer and more quiet parts. If you like post-metal that's a bit more melodic, look no further.
Overall Score: 6
Highlights: Brennt Barn Fordast Eldinn, As We Sleep, III
Posted by maskofgojira at 9:03 AM