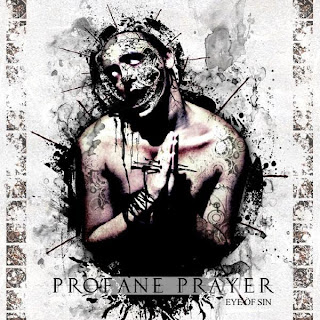 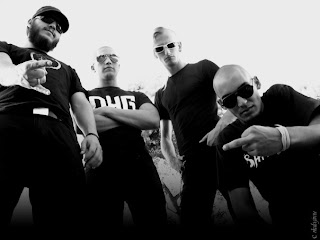 When it comes to metal that comes from Greece, I'll be honest and say that I've never been the biggest fan. That's not to say there aren't any good bands, as there are plenty, but it usually tends to be the vocalists of those bands that turns me off of them. It's usually within black metal, or bands that have a black metal vocal style, that usually get that sort of reaction from me, but this album surprised me in that it was actually tolerable, vocally, and quite strong musically.
From my perspective, this band had a mix of what appeared to be traditional black metal, heavy metal, and punk music, which is something I really liked. The first tracks I heard from this album, The Widow, just hit the ground with this punk attitude that just got my blood boiling. What you get on here isn't all that technical sounding, but it's fast and aggressive, giving you just enough of an adrenaline rush to jump start you, but not overwhelm you. This is a short album and about half the tracks don't even reach three minutes, but those are the tracks that honestly have more of the punk sort of attitude to them, where it's just in and out, no fooling around.
But with all the faster and more straightforward tracks also comes tracks that are slower and more groovy. Songs like Pain Is Taking Shape or Redemption are slower and more pensive, less aggressive. I wouldn't call these songs sludgy or even doomy, but they're just a more melodic and less tense sounding version of the faster songs. While I understand that these tracks aren't the same dose of pure "I don't give a shit" attitude sort of songs, these tracks I felt were necessary to the creation of a well-crafted album.
Overall, I really like this album, it's short and melodic, and it's actually catchy. I really like it when metal bands, especially black metal bands, take a hint from hardcore or punk music, just to really give their sound a bit more of a grit or grind to it. Definitely check this out if you like black metal that just doesn't mess around.
Overall Score: 8.5
Highlights: Sorrow, Under The Black Sun, Redemption
Posted by maskofgojira at 5:50 AM