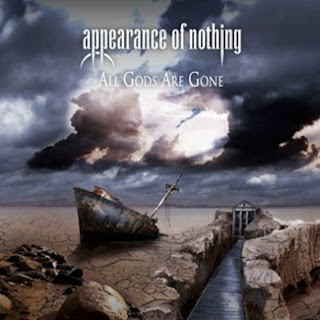 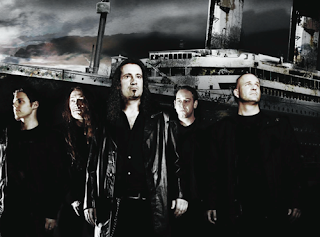 Appearance of Nothing is a band I'm only vaguely familiar with, having read some rather disappointing reviews of their debut, "Wasted Time," I wasn't too interested with them. It wasn't until I had read that Dan Swanö (Edge of Sanity, Nightingale) and Devon Graves (Psychotic Waltz, Deadsoul Tribe) appear on this album that I became interested. Their presence really just pulled the trigger that made me end up checking this out.
Musically, I think it can be agreed upon that these guys aren't the most original group out there in prog-metal, they're obviously taking cues from the big leagues like Dream Theater, Symphony X, and Vanden Plas, but they do have a nice sense of arrangement and songwriting. The songs on here really have some nice instrumentation, obviously musicianship on here is held in high regard, but the composition of a track like the opener, Mirror's Eyes really has a nice flow to it. Throughout the disc the band switch between heavy and hard hitting metal riffing and more acoustic breaks that channel the spirit of the likes of Marillion, to me anyway. The band also has a gift with writing some nice hooks, hear the chorus on Destination. I'd say almost every song on this album is solid and has at least one memorable thing about each track, but the one track that both stuck out to me was The Call of Eve, which integrated more trance oriented synthe worship into it's structure, which for me, I didn't enjoy that melding, but it's memorable nonetheless.
The vocals on the album are perhaps the biggest thing I have to complain about on here though. The lead vocals on here, when sung cleanly, which for the most part they are, just don't really sit right with me, the accent might just come out a bit too clearly for my personal taste; but I have to compliment the more aggressive singing he does, often recalling the likes of Andi Deris (Helloween). The growls performed by Swanö are top notch, as expected, and Devon Graves' performance on Sweet Enemy are nothing if not fantastic.
Overall, this is a solid prog-metal record that will certainly appeal to fans of the genre. While this band doesn't have a terribly original sound, they are good songwriters and that's what stands out on this record the most. If you like progressive metal in any capacity, definitely check this out.
Overall Score: 8
Highlights: 2nd God, Sweet Enemy, ...I Said Silence
Posted by maskofgojira at 11:42 AM