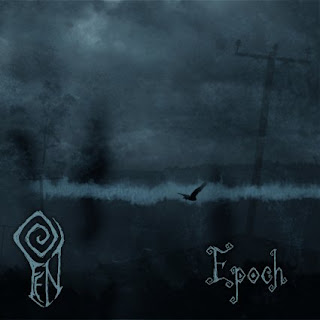 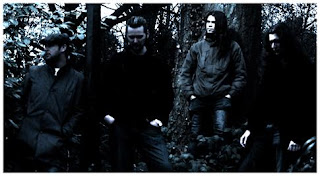 Ever since I heard of Fen about two years ago, I've heard nothing but praise sung for them. From their debut EP "Ancient Sorrow" into this, their second full-length, I've not heard a single bad word about this band. Taking cues from post-rock and shoegaze, but altering it in such a way as to make it more progressive than most within the post-black metal or blackgaze genre.
Showing their true colors, this is an album that doesn't show fear in moving into more melancholy realms that do call back to post-rock music, even within the opening title-track, Epoch. From what I've seen, the fact that these guys have only one guitar player brings something a little bit different to the table, as guitars aren't as overpowering as other groups make them. Not to say there aren't parts on here where the guitars get loud and aggressive, as more than half the album is pretty brutal melodic black metal, but there's a more dreamy quality in the tone of the guitar, not to mention the use of keyboards adding a similar vibe on top of it as well.
But I think it's the dreamy quality of this album that really makes it stick out from both other records from similar bands, not to mention black metal bands in general. The spacey and more atmospheric sections are what really stuck out on this record, to me anyway. Though I do have to say the dynamic between heavy and soft is explored quite a bit throughout this disc, constantly evolving between the two and sometimes going for a sound somewhere in between. This variation definitely justifies the song lengths on this album, as several of these songs end up pushing around eight minutes. Plus, listening to tracks like The Gibbet Elms or Half-Light Eternal, you can't help being encompassed by all the atmosphere that they bring.
Overall, I have to say that I really enjoyed this album and it is certainly a refreshing listen. I have always been attracted to unique atmospheres within bands, and I absolutely love the soundscapes found on this record. If you like experimental black metal, I'd suggest you check this out immediately.
Overall Score: 9.5
Highlights: Every Song Is A Highlight
Posted by maskofgojira at 9:16 AM