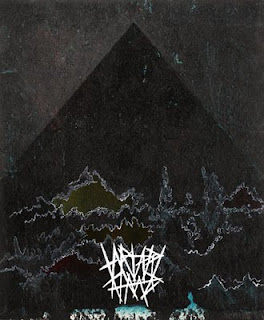 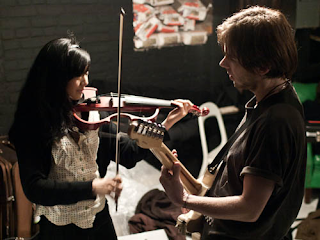 When considering oneself a fan of avant-garde artist Toby Driver, I think you have to be pretty open minded. I consider myself to be a pretty open minded person when it comes to music, I enjoy my fair share of ambient and lounge music as well as the more brutal and technical aspects of death metal or jazz, respectively, but Driver's music has never really ever existed within any one of those genres. I have acquainted myself with his work in Maudlin of The Well and Kayo Dot, and his solo album was one of the first albums I ever reviewed, but his work in Tartar Lamb was one that I wasn't all that familiar with. Apparently taking a music more orchestrated and classical approach towards composition, making use of very little rock or metal influence, if any at all; and that's not to say that this can't be considered avant-garde either, there's plenty of odd stuff going on in here.
This album is a four track suite, or sorts, with each piece really demonstrating a very different set of ideas. There are moments that strip back a lot of the instrumentation that is built up during the 1st Movement, which brought in a lot of woodwind based instruments as well as more electronic glitches here and there, and bring it into very minimal territory where it feels almost like ambient music. As a fan of the saxophone, in almost any capacity really, I found that it's use of this album was really fantastic, it was not overused, but not underplayed, being used quite a bit to just set a really great mood throughout the piece, listen to the 3rd Movement to hear what I mean.
For how long two of these pieces are, they move surprisingly fast and don't deteriorate in quality with multiple listens. I, personally, found myself enjoying the longer movements of this piece simply due to the odd nature in which they progressed, whether it was into very minimal territory or the more climatic points where everything is being played at once. The 4th Movement in particular really brought in some more instrumentation, with the addition of violin, piano, and percussion to really bring the piece to a beautiful conclusion.
Overall, I really enjoyed this album, though there really wasn't any reason I ever doubted that I would since it's coming from Driver. This is definitely not as "avant-garde" as some of his other bands, but it certainly is still very well done. Definitely look into this album if you've enjoyed the last couple of Kayo Dot releases.
Overall Score: 8.5
Highlights: 2nd Movement, 4th Movement
Posted by maskofgojira at 9:44 AM