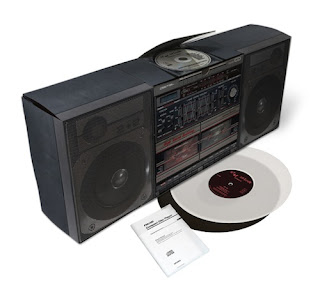 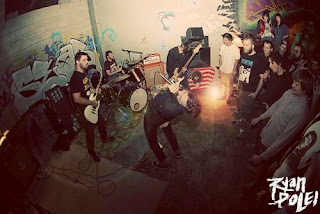 When approaching grindcore, I find it's best to always stay on your toes, as you could have anything from spastic technical stuff, more wacky jokes included within the music with samples, gore oriented lyrics with guitars that are just vicious sounding, and more. With this EP, when it opened with a sample that simply stated "I don't give a fuck," I pretty much knew that I would get no bs grinding hardcore. This is raw, aggressive, no holds barred grindcore that knows how to get the blood moving.
Sonically, I found this album to be pretty diverse for it's eleven minute playing time. Within each track, despite usually being under two minutes, managed to include some brutal grindcore blasting sections, more slower and sludgy parts, and even a hardcore breakdown. I was also surprised with the amount of catchy riffs that were on here, hear a track like South Central for example, which, while simple, is still successful in how it's used. Though I liked most of this EP, I found the inclusion of a glitchy beat on 1993; A Week B4 Graduation to kind of throw off the momentum of that particular track.
Overall, this is great grinding hardcore music, it's short but knows how to go about writing songs. With a lot of grindcore acts, it's hard to really find parts to latch onto and remember, but that's not the case on here at all. If you like grindcore definitely look into this band, you won't regret it.
Overall Score: 7.5
Highlights: Wrecking Crew, South Central
Posted by maskofgojira at 8:25 AM