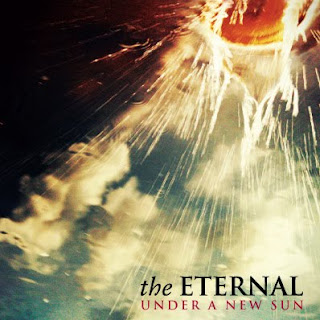 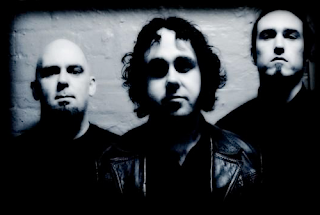 Another first for me, I've never heard The Eternal before now, so here's a fresh perspective. Honestly it was the cover, big surprise, that attracted me to checking this out. Hearing that this was apparently a doom/gothic band that started to go Anathema and take a shift in the prog direction also interested me after reading a bit on the band though.
From the opening of Control, I got something that I did not expect, while I enjoy the atmospheric prog metal of groups like Porcupine Tree, Katatonia, or Anathema, what's on here is a prog of a very different variety. Instead of having a large atmospheric focus, you get songs that retain the heaviness of doom metal with a more 70's sort approach on songwriting. Even that metal element is used within the more 70's style as well, so it's not as crushing as it is just distorted, recalling a bit of Led Zeppelin at times. It's a very different sound than what I expected it to be, it definitely shows a similar evolutionary trend to Ananthema.
Like I said, I haven't heard the band's previous albums so I can't really compare this new one to their past work, but this is an album that definitely tries to lay on that 70's aesthetic. Most songs don't exactly tread the path of doom metal, often containing more of a psydo-hard rock/psyche rock vibe. This album also contains a very melodic sound, both musically and vocally, you won't be hearing any growling, if at this point you still thought they would, delivering some solid catchy choruses, hear the title-track, Under A New Sun. At times it's more appropriate to call these guys prog/psyche rock rather than metal, hear tracks like Eclipse or Despondency.
Overall, this is a really solid album that should definitely appeal to those of you that enjoy more psychedelic sounding rock music. This album has a lot of hooks and should definitely appeal to a lot of people. Whether you like 70's hard rock music or groups like the ones listed above, I'd recommend you checking this out.
Overall Score: 7
Highlights: Delirium & Desire, Eclipse, Collapse
Posted by maskofgojira at 11:03 AM