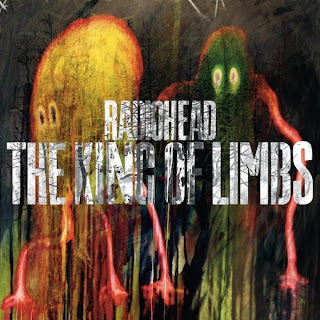 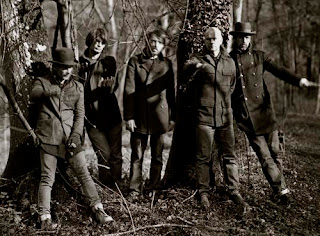 Yes, even I am not one to pass up or ignore the greatness of Radiohead, I am a fan. While I can say it's only been within the last year or so that I've truly been able to finally appreciate what it is that makes these guys so special, I can't say that I am their biggest fan. But when I heard these guys were releasing a new album, I can't say that I wasn't a little excited to hear it.
From what I've heard about this album before listening to it, I have to say that it wasn't the most positive. It seems that this new album does not manage to compare to the band's previous work and I've not seen a single review that gave this album a more than average score. Apparently the four year gap between this and 2007's "In Rainbows" and the short length of this album just didn't please a lot of fans. Sonically, I've heard it being compared to albums like "Kid A" or "OK Computer," my personal favorite album from the band, and while I can see where they're coming from, this album is still very different from those. While there are plenty of electronic loops and samples being used throughout the entire record, the entire thing just doesn't hold the same sort of bleakness or stark feeling that those earlier records did.
Apparently this record is supposed to be less transparent or abnormal compared to their previous more alien records that put the band on a map of their own, this album brings them closer to a sound that is more normal, in a sense. Having said that, while I don't find this album as unique, genre-defying, or catchy as the stuff I found on records like "OK Computer," I did still find the vocal melody in Morning Mr. Magpie or the somber nature of Codex memorable none-the-less. I've heard comparisons to the likes of Flying Lotus and I can certainly say that that is a reasonable link to be made, a track like Feral definitely reminded me of something I would have heard from his last album.
Overall, I'd actually say that I enjoyed this album quite a bit, it is certainly different, but that's why I like Radiohead. I'll reiterate by saying this isn't one of my favorite records from the band, that honor belongs to the aforementioned "OK Computer" and "Hail to The Thief." But if you like experimental rock music that explores the realms of electronic music, you should have already heard of these guys anyway, but check em' out if you haven't already.
Overall Score: 7.5
Highlights: Bloom, Lotus Flower, Separator
Posted by maskofgojira at 12:28 PM