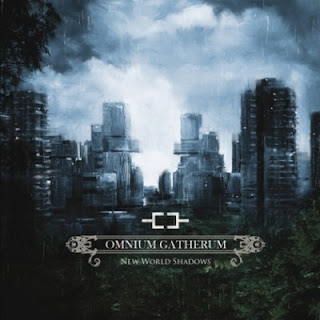 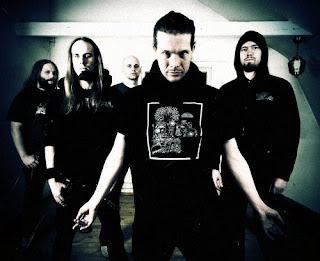 Over the years Finnish melodic death sextet Omnium Gatherum have steadily been gaining a name for themselves with each consecutive album expanding their sound and becoming more and more original. One could say it wasn't until 2008's "The Red Shift" that they truly found their sound, but it was actually much earlier when they started to tap onto something different. I know some will have reservations about melodic death metal in this day and age, but I can reassure you that this is not modern melo-death/metalcore, this leans further to the traditional style than even MyGrain's newest release did.
Musically, there's always been something special with this band, they weren't just rehashing the old Swedish sound of the 90's with a modern sound, these guys may have started with that blueprint, but they have, over the years, morphed it into something all their own. Like I just mentioned, it was on their last album where that sound really solidified, a mixing of melodic death metal styles of old with a more melancholic atmosphere of doom metal and more progressive song structures and riffing. There are very few clean vocals on this album, and when they're used they're done either extremely well by vocalist Jukka Pelkonen or by jack of all trades Dan Swanö, so you know you're getting them at the highest of caliber. Most of the melodies are taken care of by the guitars rather than the vocals, though even they can spot a great chorus, hear opener Everfields for one of the many examples of this.
This album is so catchy, yet still remains very true to not conform to a too melodic, too mainstream sound. I don't think you can call yourself a true fan of melodic metal if you don't have the melody of the title-track, New World Shadows, stuck in your head after listening to it. Songwriting is as much as strength here as musicianship and originality, something that is truly lacking in a lot of bands right now. Guitarist Markus Vanhala does an excellent job an handling twin guitar playing, as they now have a new second guitar player, crafting melodies that are extremely catchy and melodic, but also quite progressive and epic sounding as well, just listen to the sound of the instrumental Watcher of The Skies. Aapo Koivisto lays down some great atmospheres throughout this entire disc, whether it's more symphonic stuff or the mellotron organ on Ego, it works. The rhythm section, provided by Toni Mäki, on bass, and Jarmo Pikka, on drums, do more than a stellar job at keeping the backbone of these songs very driving and always moving forward. I found that when the bass came out in front, hear An Infinite Mind, it was being well-played, and for the song in question, actually technically, which is something quite rare in this genre.
Overall, this is a fantastic album, and it deserves all the praises in the world, it's that good. There's a lacking of real talent in modern melodic death metal, or melodic metal in general, and these guys show more than enough talent for it. I can't recommend this highly enough, go and check this disc out.
Overall Score: 9.5
Highlights: Every Song Is A Highlight
Posted by maskofgojira at 11:49 AM