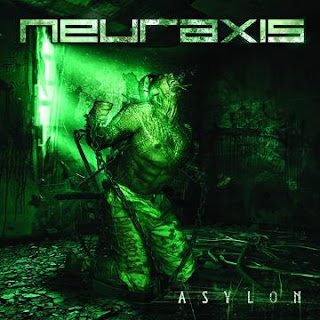 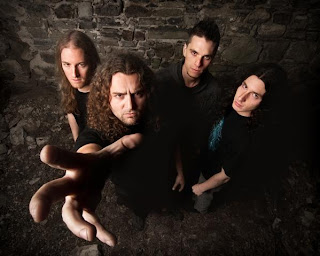 Band: Neuraxis
Country: Montreal, Canada
Style: Melodic/Technical Death Metal
Label: Prosthetic
Neuraxis was a band I first discovered when I was looking through different bands labeled as technical death metal. It was around that time that I started to grow fond of artists coming from Canada, groups like Cryptopsy, Voivod, and Quo Vadis, so I figured I might as well give these guys a shot. While I was not completely floored by their sound, I found that I enjoyed them enough to at least pick up 2008's "The Thin Line Between."
Once again on this album, the band has a new line-up, with guitarist Robin Milley taking over all guitar duties on this album, and Alex LeBlanc reclaiming his vocal duties from the last album. But for those that have not been introduced to the Neuraxis style of playing, I'll tell you that first and foremost, despite being technical, like the title says, there's still room for melodies and catchy riffs, just hear Asylum. There are also no clean vocals or anything resembling metalcore or hardcore, instead, as always in this band's case, they take a firm stance in the death metal ground. When it comes to the performance on this record, I can't really criticize Milley, as his guitar playing has always been spot on, and it hasn't changed on here, just hear the transitions made in Sinister. LeBlanc is a killer vocalist and definitely feels more comfortable on this record than the last one; and his growling is solid, low and guttural but also very clear and easy to understand. The two newest members play well, but don't really stand out as much as they probably could have.
This album definitely is much more melodic than any of the band's previous albums, in my opinion, with songs being much more defined and structured as well as much more catchy. Tracks like By The Flesh and Purity should showcase just how much the band's sense of songwriting has improved since the last album. The whole album also feels a lot more fluid than previous ones as well, including the short interlude Resilience helped make the the album feel more cohesive. But for fans who have grown attached to the band's older and more technical material, the later songs, hear V and Left to Devour, totally recapture that sort of style that should please you. I can honestly say that this is the most complete sounding record the band has ever recorded, in my opinion.
Overall, this is a really solid album that definitely reminded me as to why I first got into this band. I could definitely see some old school fans not really liking the more melodic sound of this album, but it totally works for them. If you like technical and melodic death metal, I would totally recommend this to you.
Overall Score: 8.5
Highlights: Asylum, Sinister, Purity
Posted by maskofgojira at 12:26 PM