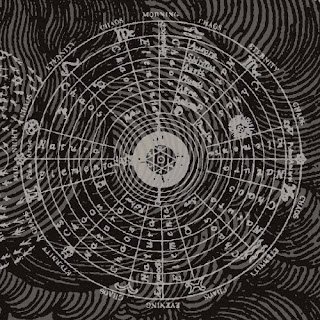 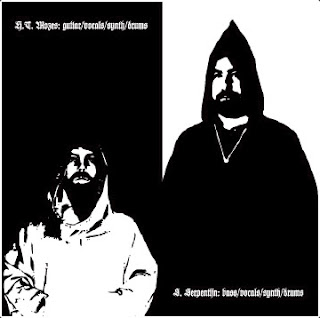 When calling a band The Beast of The Apocalypse and citing groups like Mayhem, Archgoat, and Beherit as influences, it shouldn't be difficult to imagine what said band would sound like. In the case of this Dutch duo, it's pretty to the point, old-school black metal, which means aggression and atmosphere come first with evil lyrics. I had heard this band's album "A Voice From The Four Horns of The Golden Altar" last year and was pretty indifferent to it, I'm hoping this new album might do something a bit more unique.
From what I remember about their last album, it was really atmospheric, really dense, and really epic sounding; and in comparison to this new album, they've pretty much stepped it up on all three levels. This album is definitely much more aggressive and engaging than their last one was, with a more melodic, at times, approach to the guitar work and more diverse sounding vocals. I'd say that the wall of sound on this album is definitely much more original sounding than before as well. While I found that the duo's debut did feature enough variation of structures to provide at least a more original take than others, this new album definitely doesn't drone on in as many spots, hear I Am Not Worthy to Utter Thy Name.
In all honesty though, I would not say this record is as visceral as the last album, while the overall sound has definitely been improved upon, this record just isn't as much as an onslaught. Though tracks like the title-track, Henosis, and An Enlightened Aeon are definitely two of the more brutal tracks on here, they don't really touch the same sort of pure hatred I felt came from the debut. I'm sure some will differ on this sentiment, but I just didn't feel the same sort of malevolent urges coming from this album.
Overall, this is a decent album, like I said, I like it more than their last album. While I'd still say that this is a long way from being a great album, in my opinion, it's still good. If you like old-school black metal, or blackened noise, I'd recommend this to you.
Overall Score: 6.5
Highlights: Vision of The Twelve Priests Before The Altar, Henosis, Yaldabaoth
Posted by maskofgojira at 9:24 AM