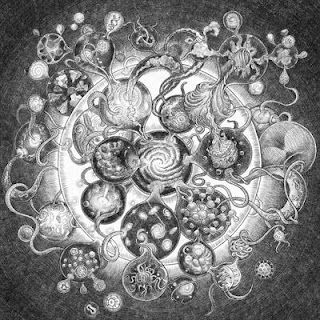 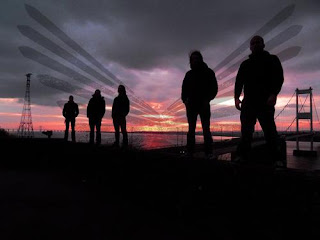 I'll start this off by saying that this is my first listening experience with Long Distance Calling, so excuse anything long time fans may find rudimentary. Even though I was made aware of the band with their last album, 2009's "Avoid The Light," I never actually checked it out. While curiosity did get the better of me, as I'm reviewing their new album, it was actually hearing that Jonas Renske of Katatonia guesting on their last album that made me want to check them out.
It was only after I started looking around a bit that I realized that this was an instrumental group, a fact I didn't actually know when going into this. From the beginning, after I found that fact out, I was expecting something a little more post-rock influenced, maybe some bigger sounding parts, but this album wasn't really comprised of that. What I found instead was an album filled with impressive playing that ranged from the softer and more quiet aspects of post-rock to the heavier and more epic sounding elements of metal. Each instrument on here was also used in more of a proggy way, a lot of fluid bass-lines, atmospheric keys, and guitar riffs straight from the 70s.
I think that when I think about post-rock, memorability isn't something I would say I get from many records, but this album is full of catchy riffs and melodies, hear The Figrin D'an Boogie for example. Tracks are also quite diverse sounding, some are more upbeat and proggy, others a more laid back and soft, both work to the band's advantage in my opinion. Though I personally find the more contemplative aspect to the band to be what grabs me more so than the heavier aspects, the more rock parts are actually the more memorable parts on here; as a matter of fact, the title-track, Arecibo (Long Distance Calling), is probably the heaviest and most straightforward track on the entire album, though Middleville is contains some straightforward elements, it has been widely disliked by fans for the vocals on it, though I didn't really have a problem with them.
Overall, I found this to be a pretty solid album with some great playing on it. Though I admit that I do prefer other records to this one that have come out in this genre, this is still a good listen. If you already like the band or if you like more proggy post-rock, check this out.
Overall Score: 7.5
Highlights: The Figrin D'an Boogie, Timebends, Beyond The Void
Posted by maskofgojira at 11:50 AM