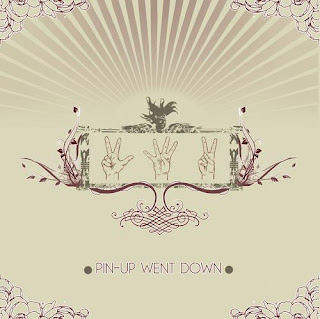 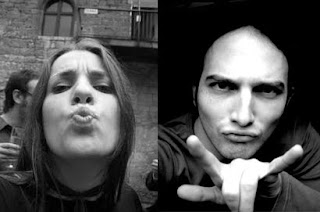 Pin-Up Went Down is an avant-garde/experimental metal project from France. The band was formed from former Carnival In Coal drummer Alexis Damien after leaving that band. He was later joined by lead vocalist Asphodel who noted that this was the sort of project she had been looking to join for a long time.
Coming two years after their debut record, "2 Unlimited," this record is a definite step up from that release. The unique style from which the duo exhibited on their debut was schizophrenic to say it lightly. That record had everything from danceable electronic to crazy death metal and never really focused on a single genre or a few genres to really form a unique sound for themselves. This record does just that, focuses on fewer genres and utilizes them more effectively.
On here, you'll find fewer genre specific tracks, as the duo has instead opted to mix genres together in individual tracks. Though genres are diverse, the two that seem to pop up on this album the most are death metal and lounge music, just hear the opener Diapositive. Having said that those are the two most prevalent genres on here, that's still a very unclear statement when listening to this, as those two genres are morphed into odd things that range from the most brutal and guttural side of death metal vocals to organ based hymn music, so those two genres aren't so clean and cut as they might seem when written down. The songs on here contain transitions, from whatever genre to the next, that are obviously much more fluid than that of their debut.
Despite having a more focused musical expression, this still maintains the same sort of avant-garde humor that was present on the debut. Tracks like Escargot and Vaginaal Nathrakh showcase the odd humor more obviously, look at the titles again if you didn't catch those names, while the lyrics most certainly are as weird. If you have a low tolerance for any sort of sexual topics, no one could blame you for skipping over Pictures to Speak to when referencing it's odd introduction line.
With the clearer sense of direction present, you wouldn't be wrong for taking some of these tracks seriously when listening to them. Maybe this was the intention, for the duo to grow into a more serious band, duo to a more "straightforward (yeah right)" sound on here, but even that isn't likely to get rid of the avant-garde tag. If anything the songwriting craft has only been heightened, but not fully grown, it will be interesting to see where these two go on their next release.
Overall, this is an interesting record with some really unique melodies that should be able to hold people's attention within the first few tracks. This is still most certainly and avant-garde metal release and should definitely appeal to those that enjoy bands from that genre. If you like more adventurous music that, in this case, focuses on two very different genres of music, this is one record you should look into.
Overall Score: 7
Highlights: Porcelain Hours, Khabod of My Aba, Murphy In The Sky With Daemons
Posted by maskofgojira at 4:53 PM