Heaven In Her Arms - Paraselene 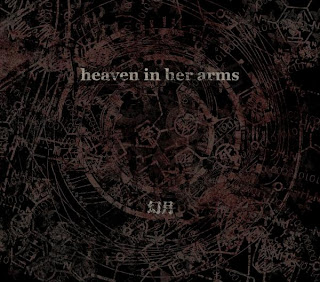 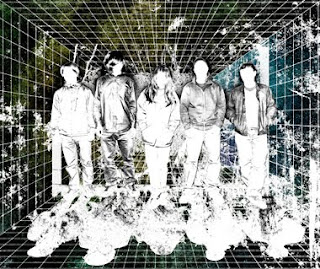 Heaven In Her Arms is a post-rock/screamo group from Japan. The band have come to be known as the almost, little brothers of heavy hitters Envy. This is their second full-length and is promised to be even more adventurous than their debut.
I honestly can't say a whole lot on the Envy comparison, as I am only vaguely familiar with their work, but I can say that there are a lot of elements on here that would definitely appeal to metal fans. The music definitely recalls moments of post-metal/rock while the vocals have a more black metal vibe to them. This thing sounds a lot more metal than I would have assumed it to be, but it still has a lot of moments that are completely post-rock and have an almost ambient quality to them.
The heavy moments on this album are definitely sludge, doom, and post-metal influences, as they are heavy and usually slower. There are times where the band go into a hardcore/mathcore kind of break where they just bust out into insanity and noise, but that isn't all that prominent on here. But beneath all those crushing riff often lies some more melodic, clean guitar parts that just flow through the wall of noise coming from the distorted guitars. As one might expect when looking at the song lengths, the longer songs on here do happen to focus more on more melodic and atmospheric passages rather than the heavier and aggressive, though they're in there as well, most of the songs are dominated by soundscapes.
While I don't really have a lot to gripe about concerning this album, probably the thing that got to me the most was how repetitive some of the parts on here were. Yes, there is plenty of much that is slow and repetitive, and yes, the music grows increasingly more textured and layered as they go on, but I could help but feel a bit bored during Echoic Cold Wrist. The two final tracks, which both top ten minutes, fully encapsulated my attention however.
Overall, I can safely say that this was an enjoyable album that definitely has a lot of really cool parts. I think that if the band perhaps hone their songwriting a bit more for the next album, they could create something really unique and powerful. If you like this sort of post-metal/rock with a Japanese touch, definitely check this out.
Overall Score: 7.5
Highlights: Morbidity of White Pomegranate, Butterfly In Right Helicoid, Veritas
Posted by maskofgojira at 12:16 PM