Oceansize - Self Preserved While The Bodies Float Up 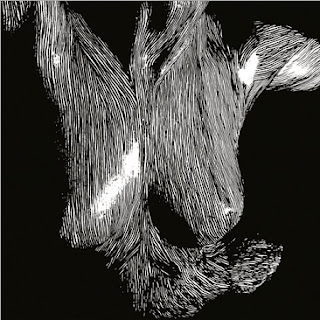 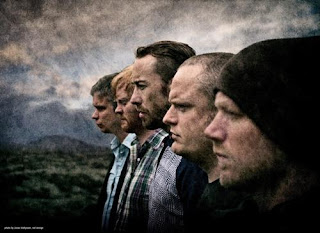 Oceansize is a modern prog-rock band from the UK. Having started back in 1998 and releasing three full-lengths prior to this one, all gaining praises from the likes of fans to even prog royalty with Steven Wilson. This fourth album has had a bit of a rougher time pleasing fans from what I've read so far.
Unlike the intro tracks of previous releases, this album opener, Part Cardiac, brings in the metal sound into the picture very quickly. This track has more in common with classic doom metal than any sort of prog, but is no less intriguing in how heavy it is for this band. Though the rest of the album is by far the heaviest I've ever heard Oceansize, no other track ever reaches the same level of shear aggression that this opener does.
Onto the rest of the album, let it be known that any band that sites Mr. Bungle as an influence is gonna be different in one way or another. This album may not be as genre defying as those that have followed directly in that band's footsteps, but the genre shifts are most certainly as weird. I certainly won't hold the fact that the band use whatever they can in their music against them, as it only makes for a more entertaining song in most cases. Ranging from the brutal sludge of the opener, Part Cardiac, to more driving, Meshuggah meets Faith No More, Build Us A Rocket Then..., or even the more spacey rock of Silent/Transparent.
The band, despite this album having what I consider to be some of their heaviest material yet, still has those elements that you could connect to groups like Radiohead or Muse. The minimalist jazz-rock elements of Ransoms really brought the former to mind for some reason, but has very little to actually sound like them, so this is probably just me. Later tracks seem to carry the mellower and more melodic side of the band, IE. the shoegaze, post-rock, and alternative sides, and those moments do relate to the bands mentioned above more closely than early tracks.
Overall, I honestly couldn't call this their best record, but it certainly does have some good spots. This probably won't blow the minds of those that both have and haven't heard this band before, but it should still be able to please those that like a bit more adventurous music. If you like that sort of thing, maybe not Porcupine Tree-ish prog, but more in line with alternative rock, check this out.
Overall Score: 6.5
Highlights: Build Us A Rocket Then..., A Penny's Weight, It's My Tail and I'll Chase It If I Want to...
Posted by maskofgojira at 5:28 PM