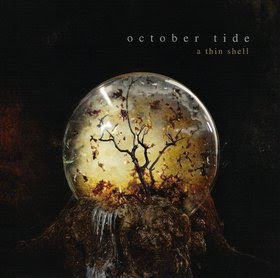 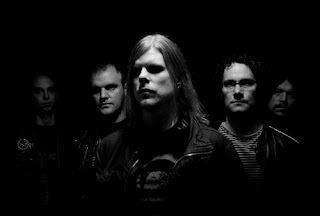 What Comes Around Goes Around.

October Tide are a well respected doom/death metal group from Sweden that has featured members of Katatonia among it's ranks early on in it's career. After being put on hiatus since their 1999 sophomore release, "Grey Dawn," the band has only now resurfaced. With only Norrman returning to this project with a completely new line-up this is their first record since 1999.
This album begins like the band had never taken a brake, it's melodic and slow. I don't think anyone could say that this doesn't have the traits of the first two records on here, as the heavy, drawn out riffs, mournful melodies, and low growls are all present and in full abundance on this release. The new members to the band certainly don't lessen the impact of this album, though personally I don't think that you can compare the impact of this album to their debut, a classic in the genre, as this is almost a completely different band.
Members of this new line-up do include some well known names from In Mourning and Amaran. Vocalist Tobias Netzell (In Mourning) does a fantastic job in keeping his part very brutal and doomy by using mainly low grunts and the occasional higher screaming vocal. Other members keep it on a similar path to the band's older material by never making the music stick out too much, really sticking to a slower, more melodic style of playing. I can say that most of these tracks are solid songs, with the odd instrumental The Nighttime Project, sticking out to me.
Probably the only bad thing about this record is that, yes I'm bringing it up, it doesn't hold the same sort of vibe that the debut record did, this feels like just another doom/death record. The songs don't have that missing something that the first record did, they're not as "depressing" or "dark" as those did. I already know that above I stated that there's no way that this record could have that same effect having released but maybe I had hopes that were a little too high, not that this is bad in any way. This album is just above average.
Overall, while there really isn't a bad moment on this album, there really aren't a lot that stick out either. That mysterious quality that made the first record so unique, and a classic, isn't on this release, but it's still solid. If you like quality death or doom metal, chances are you already know about this band, but check them out if you haven't already.
Overall Score: 7
Highlights: Deplorable Request, Blackness Devours, Scorned
Posted by maskofgojira at 2:30 PM