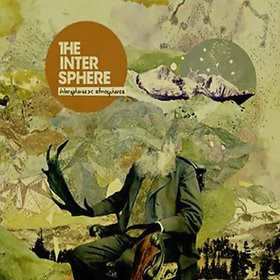 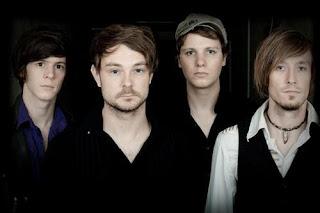 If This Is The Inside I Don't Need To Hear The Out.

The Intersphere is a progressive/alternative rock quintet from Germany. This is their first album and shows a diverse amount of influences on it while still being able to write concise and catchy songs. I only recently discovered this group thanks to a recommendation from a friend and have taken quite a fancy to this debut.
After a short and mellow introduction the band's first single, Prodigy Composers, opens up and punches you in the face, not in a metal way though. This track is a short and catchy that serves to just pull you in while the rest of the album proves more progressive and experimental. I can't really say much about this one song as it doesn't really explore lots of ground stylistically, more it kind of serves as just an introduction that people, even those not into progressive music, can latch onto easily.
Aside from that single, the rest of the album, as stated above, explores more ground from simple pop, Early Bird, to more atmospheric, Floydian kind of territory, In Satellites, as well as the occasional metal bit, Snapshot. Honestly, this band leans more towards the Radiohead and Muse side of things then the King Crimson or Dream Theater side, but it's nice to mix things up, and this band certainly has it's own fair share of bits that are more experimental. The songs on here probably won't fancy those that consider themselves prog elitists simply because most tracks don't ever cross the five minute mark.
Like most pop, alt. rock, etc. records, these songs are quick and fill album with just over fifty minutes worth of music, that goes by surprisingly quickly. Songs keep with a pretty simplistic pop-structure using verses and choruses that is easy to follow and keeps the hooks popping up within every song. This type of style may get monotonous to those that like a little diversity within their albums, but when you're listening to albums that have lot of varied structures, sometimes they have no structure at all, this does provide a bit more of a grounded kind of listen.
Overall, this is a very catchy record that has really impressed me despite the fact that this is pretty different than my usual tastes. I think that this band should be able to appeal to fans of experimental rock or modern prog rock groups as well as more mainstream listeners. If you like music that is adventurous while maintaining a very pop style of writing, definitely check this one out.
Overall Score: 8
Highlights: Early Bird, I Have A Place For You On Google Earth, State of The Divine
Posted by maskofgojira at 6:44 AM