Pet Slimmers of The Year - ...And The Sky Fell 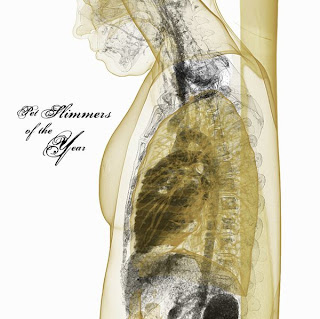 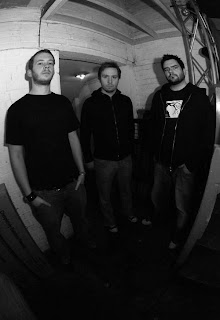 Along The Edges Of Sleep.

Pet Slimmers of The Year are a post-metal/rock trio from the UK. This is the band's second release, following up their debut self-titled release last year. This album doesn't appear to do much that that record didn't but should still be able to bring in some new fans.
I don't think that there's a lot on here that would defy the norm of post-metal/rock for anyone, sad to say. The trio have their sound down and can clearly play it well, but nothing original isn't going to get them much credibility. You have your mellow parts, sections that lead to builds, and slow heavy riffs, that's basically everything you need to form a foundation in this genre, but there isn't much else that this band really does to expand upon that. It might just be that I've been listening to a lot of this style lately that makes me feel so indifferent to this record.
There are some cool parts mind you, I Am The Ocean, but for the most part it kind of just blends together. I honestly found this record to be most entertaining when used as background music. Having said all this, I have to say that several of the bass-lines on here are very interesting and cool sounding, very fluid and melodic.
Overall, this is just another post-metal record that doesn't really go outside of the box to make itself known. I know there are plenty of fans that will and have already enjoyed this album a lot more then me, but this album just didn't cut it for me. If you like the whole "post" scene, check this out, otherwise, there are plenty of other good bands out there to start with.
Overall Score: 4
Highlights: Weir, I Am The Ocean
Posted by maskofgojira at 2:43 PM