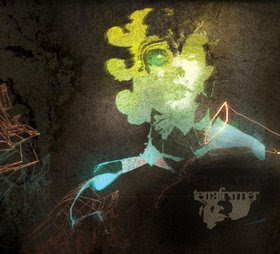 They Can't Quite Shape The World Yet.

Terraformer is a post-rock/hardcore trio from Belgium. This is their debut release and sets them on the edge of both genres just mentioned and poised for something new. I discovered this group through a friend who recommended I check them out.
The first thing that pops out when listening to this album is that it is in fact a mix of hardcore, post-rock, and math rock. The riffs are technical and aggressive sounding but they don't feature enough distortion to make them metallic enough to be metal or hardcore. I'm actually surprised as to the guitar tones on this album, as they lie between the crunch of heavier rock and metal but are very fluid and clean sounding as well. This is easily one of the most unique sounding albums I've heard all year.
Another thing I found to be rather interesting on here was the use of electronics, hear the beginning of Leave The Ship, as they aren't dominating or overly used, but spice up the part. The production really does allow all three members of the band to shine on here, while the guitar, I think, is the main focus, the bass is very groovy in the background while the drums keeps a nice rhythm and lay down some great fills. The band also make sure that things never get boring by always moving around, making use of a lot of different riffs and styles within their songs.
Overall, I have to say that these guys have some real talent for writing some cool, intricate music. This is definitely not for those that don't like music that moves at a quicker pace and has a lot going on and whatnot. If you like more technical or progressive groups, definitely check these guys out.
Overall Score: 8
Highlights: Zephyr, Leave The Ship, Highway Rabbit Versus Darwin
Posted by maskofgojira at 9:49 AM