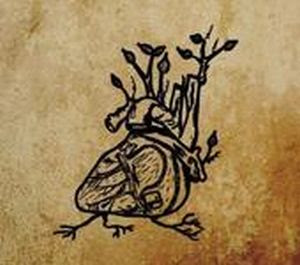 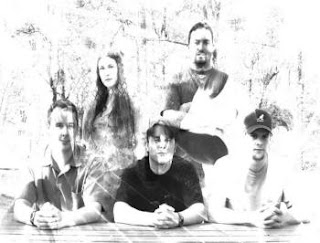 Epic Is One Word, Showing Off Is Two.

Ephemeral Sun is an ambient/progressive rock group from Virginia. This is their follow-up to their critically acclaimed debut album, "Broken Doom" back in 2004. The band have since crafted this extremely progressive album to make up for lost time.
I can't say much, having never heard the debut and only recently discovering this band, but despite being progressive and ambient based, there are certainly several heavy bits on here. The first minute of opener Springsong is pretty slow and crushing before moving into a move bluesy groove. Though the rest of that one song is pretty neo-prog based, I have to say it kind of sums up the entire record quite well in it's twelve minute length. I can't say that a pervasive cheesiness is ever really apparent in any of this record despite having it's moments of being neo-prog like.
Honestly, this is a progressive rock album and it is in fact long despite only having four songs on it, as the first three shouldn't be any trouble for a fan of the genre. The real challenge in this album comes from the forty-one minute closer title-track, Harvest Aorta, which goes through various moods and phases. This track definitely owes a debt to groups like Pink Floyd as well as Dream Theater, having spacey elements sewn through most of the track while having plenty of chunky, hard-hitting metal parts as well. However, this is not really a track that really comes out with loads of different solos, there are plenty throughout, but the synthes and pianos really don't ever solo that often, letting the guitars handle that. Despite up to the mid-point of this track there hasn't really been any sort of ambient bits, this one section kind of makes up for it, taking Floydian ambiance and pushing it into Hawkwind-esque odd sound territory, that's not a real place I think any band should go into but they did, it really just does everything that ambient music should.
The two middle tracks, Prism and Memoirs, don't have the same effect as the opening and closing tracks unfortunately, despite being very well composed and played. The former track is an excellent example of progressive rock done in both a classic and modern way, one of the probably my personal favorite on the album. The latter track is the shortest track and is more of a ballad than any sort of exhibition of progressive influences.
Overall, this is a very solid record that should please any progressive fan. This is most certainly for those that dislike vocals that intrude upon instrumental prowess, as this whole thing is instrumental. If you like progressive music, in general, do yourself a favor and check this out.
Overall Score: 8
Highlights: Harvest Aorta
Posted by maskofgojira at 11:06 AM