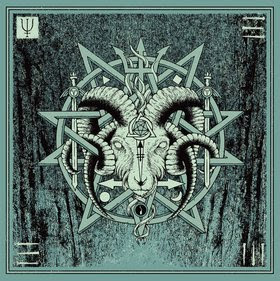 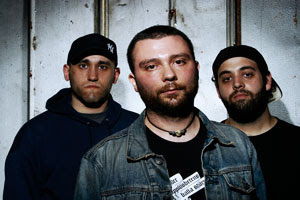 Unearthly Trance are a sludge/doom trio from New York. I originally found this band searching through random albums and found their last album, 2008's "Electrocution," to have a really cool cover. This is their fifth album and sees them returning to their more doom metal roots after exploring some faster tempos on the last two releases.
This is not a band to listen to if you want doom that has a gothic edge, atmospheric touch, or melodic line to keep you interested, this is doom played slow and fairly raw. This album has a very authentic and live feel to it, here and there you'll get those bits that are impossible to do when being a trio, but the core of the band keep this album very to the point. No detours are done on this album, and yes, it is slow, but it doesn't mess around, no track on here is over eight minutes.
I found that since this is a trio, and since the record maintains an organic sound, every person's parts can be heard very clearly. The bass' rumble remains clear throughout the record while the guitars droning chords ring out over the top of both that and the pounding rhythms. Being completely honest right here, I found moments, specifically Unveiled or The Tesla Effect, where there was more noise being made by these three guys than within some densely layered noise/electronic acts, then there are songs like Sleeping While They Feast that are a bit less noisy and more straightforward sounding.
But I have to say that while I found several of these tracks to be solid, I found that this record paled in comparison to the others that they've released. I found most of these tracks to be pretty bland and unmemorable and not really doing anything the band, as well as other bands, haven't already done and bettered before. I can't say that I felt anything but indifference towards most of these songs, though the occasional standout did manage to catch my attention, look below for those.
Overall, this is a pretty standard doom/sludge metal record that should please many of the band's die hard fans, but if you wanted something a bit more diverse, like me, you might find it a bit stale. Once again, this is not a bad album whatsoever, it's just a bit bland. If you like old-school doom, or more modern black metal infused doom, check this out.
Overall Score: 5
Highlights: Solar Eye, The Tesla Effect, Physical Universe Distorts
Posted by maskofgojira at 4:34 PM