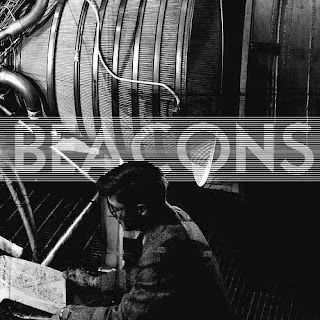 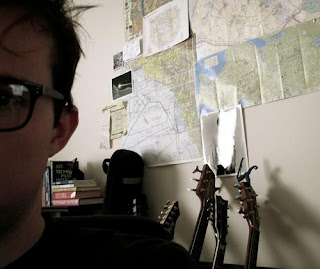 Cloudkicker is a one-man prog-metal project created from the mind of B.M. Sharp. This is his second full-length release following a steady stream of EPs that have been released earlier this year and last year. Sharp is known for his unique take on what is known as djent/tech metal and has since become more than just an Internet buzz project.
Being an all instrumental project, he has become a pioneer in what has now become known as ambidjent, a style known for taking the poly rhythmic tendencies of bands like Meshuggah and fusing them together with more post-rock/metal and ambient soundscapes and builds. This album follows in a similar style to what has become Sharp's own brand of metal and fans can expect a similar sound to his last few releases. There are still a couple of surprises throughout the record, but it's still a Cloudkicker record for sure, and one that fans will most likely welcome with open arms.
This record opens up with a lot more ferocity than previous ones have, Here, Wait A Minute! Damn It!, following the intro, just takes off with some fast paced riffs and grooves. It isn't really until Oh, God. where things begin to slow down and give you a bit of a breather. Thus the sort of thing this record has going for, a lot of building, things start fast, as just stated, but slow down in the middle before taking off again, which might not be the most direct sort of approach, but Sharp's music was never that direct to begin with, since this is not the most melodic pop out there. There are tracks on here that range from technical metal, We're Goin' In. We're Goin' Down. to more somber and mellow tracks like We Were All Scared. and they both sound flawless in their execution.
While this is more than just a technical metal album, there are most certainly elements of post-rock/metal as well as some prog metal shredding going on as well. One must certainly applaud Sharp for his use of ambiance and atmosphere on his releases, as they all fit perfectly within the little bubble he chooses to call Cloudkicker. Using not only keyboards and samples but also multiple guitar parts that just create layers and textures that might eventually rival that of Devin Townsend's wall of sound.
Overall, Sharp has hit it out of the park once again, releasing an album that beats any of his imitators by miles. While I don't think this is my personal favorite, that belongs to his debut, 2008's "The Discovery," this is still a fantastic release. This is most certainly an album any fan of progressive music should have or check out at the very least.
Overall Score: 8.5
Highlights: Oh, God., Push It Way Up!, Amy, I Love You.